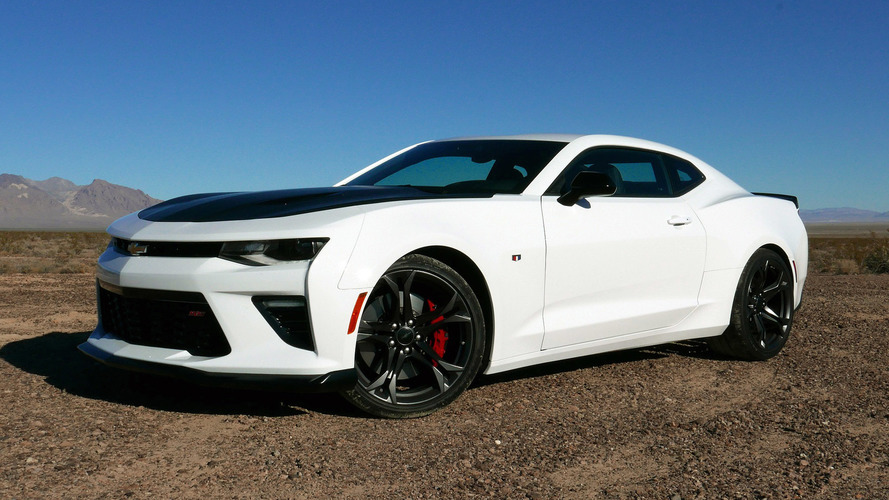 The best high-performance Camaro money can buy just got better.

Install a minivan steering wheel or stereo volume knob in a luxury car, and automotive critics will cry foul about the evils of parts sharing. Snag the electronic limited-slip differential and Magnetic Ride Control suspension out of the upcoming Camaro ZL1 and bolt it underneath the new 2017 Chevrolet Camaro 1LE, however, and you'll be shocked by how rapidly the chorus changes its tune. Put those same reformed boo-birds on a track for a few laps behind the wheel of the 1LE, and pretty soon you'll hear nothing but rhapsodic waxations about this previously reviled parts-sharing practice.

It's funny how quickly a shift in perspective can change an opinion, but then again, doing things quickly is the entire raison d'être of the sixth-generation Camaro 1LE. Chevrolet's best-kept performance secret is a bit more out in the open for 2017. The decision to expand the family to a V6 model, alongside the V8-powered SS variant, has seen GM broaden its high performance transplant protocols to include a new budget-focused market, a group that had been left on the outside looking in when it came to domestic muscle coupes.

The 2017 Chevrolet Camaro 1LE lives in two very distinct worlds: the track and the spec sheet. Taking a look at the latter reveals the philosophy behind this motorsports-inspired version of the brand's popular two-door: take the best of everything we've got, tie it up in a neat little package, and then unleash it on the unsuspecting road courses that dot the American landscape.

Chevy likes to talk about the Camaro V6 1LE being able to tackle the eight-cylinder Ford Mustang GT head-on when the gloves come off and the helmets slide on.

Indeed, let’s start with the V6-powered Camaro 1LE first. It's easy to see the genealogy that defines its bloodline. While there have been no changes made to its engine or six-speed manual transmission (you can't get an autobox with either 1LE model), it's instructive to think of the six-cylinder car as a V8 SS underneath the skin. It features the same FE3 suspension as its mightier sibling, matched with upgraded sway bars and bigger (four-piston) Brembo brakes up front. Enhanced cooling for the engine and transmission and a short shifter join a two-mode sport exhaust and a limited-slip rear differential to maximize responsiveness and staying power during a track session.

Chevrolet likes to talk about the Camaro V6 1LE being able to tackle the eight-cylinder Ford Mustang GT head-on when the gloves come off and the helmets slide on. This is an intriguing throw of the gauntlet for Chevy. Remember, the Blue Oval did once offer an appealing Performance Package for the six-cylinder Mustang, before opting to go all-in on its EcoBoost four-banger.

Driving to the mall – or in this case, through the high-altitude passes that separate Las Vegas from Pahrump, Nevada – the Camaro V6 1LE feels docile. So much so you might actually question where the extra $4,500 above the base 1LS purchase price went, exactly.

The standard Recaro seats keep your butt nearly as planted as the Camaro's rear end.

Moving from the road to the track at Spring Mountain Motorsports Ranch, however, allowed the true potential of the 1LE design to prove its worth. Soaring through the first four ratios of the Camaro V6 1LE's transmission revealed the car's more playful character, by way of the 3.6-liter engine’s 335 horsepower. This is balanced by its best-behavior grip when negotiating high-speed corners, and dealing with the demanding heat and stress generated by its 0.97-g capability (made possible by way of its chassis tune and 20-inch Goodyear F1 tires).

Still, it's clear that while the 2017 Chevrolet Camaro V6 1LE is a well-executed $32,895 appetizer, it's the Camaro SS 1LE, with its bruising V8 and exotic-eating aspirations, that is truly the main course. There are no excuses that need to be made for the 455 hp and 455 lb-ft of twist offered up by the SS 1LE's 6.2-liter mill – nor its 4.2 second 0-60-mph marker. But keen eyes will notice that, aside from the quicker launch made possible by its 3.73:1 rear gear ratio, these figures are a perfect match for the stock SS.

As with the V6 1LE, the eight-cylinder model demands a proper ribbon of race track to realize its full potential. On the challenging, yet smooth-flowing confines of one of Spring Mountain's many tarmac loops, it didn't take long to appreciate the efforts of the Chevrolet Performance engineering team. The hard-earned competition experience helps when piecing together a sub-$50k coupe that can mix it up with the best in the world. Building on the firm foundation of the same aggressively tuned Magnetic Ride Control dampers, FE4 springs, and stabilizer bars that will be offered by the upcoming supercharged Camaro ZL1, the SS 1LE also benefits from enormously sticky Goodyear F1 Supercar tires (riding on the same 20-inch forged aluminum rims found with the V6 1LE).

There's never been a better time to drive home from the showroom in a car that will set local track records.

Together with (frankly ridiculous) six-piston Brembo front calipers and four-piston rears, the SS 1LE makes short work of concepts like fade, 'understeer, and the limitations of friction. The car's short-throw shifter falls easily to hand, the standard Recaro seats keep your butt nearly as planted as the Camaro's rear end, and the enhanced cooling systems let the party rage until your inner ear decides it's time to take a break from all of the abuse.

It's easy to spot the 2017 Chevrolet Camaro 1LE in the wild: just look for the black hood, black rims, and similarly hued deck spoiler and front chin splitter. As to how many you'll end up seeing, it seems likely that a fair number of SS customers who are serious about the track will be happy to hand over $6,500 to take advantage of all that its litany of performance parts has to offer.

The V6 1LE's take rate is a somewhat more difficult prediction to make. While its sub-3,500-pound curb weight and more affordable pricing will make it enticing to the autocross crowd, the SS is truly the highest achievement in the 1LE's crown – and proof that there's never been a better time to drive home from the showroom in a car that will set local track records.