Mercedes AA Class is an SNL spoof worth a chuckle 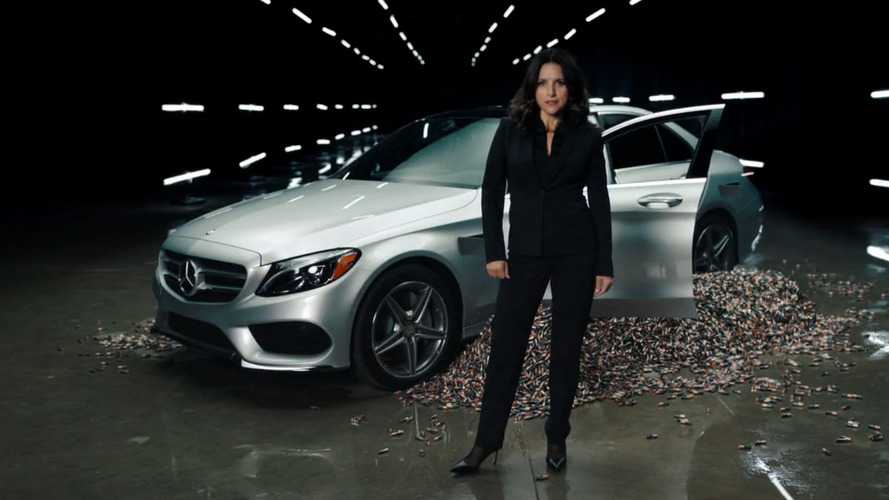 Billed as the first electric luxury sedan to be powered by AA batteries.

Seinfeld and Veep star Julia Louis-Dreyfus has introduced the new Mercedes AA Class during a visit on Saturday Night Live.

Billed as the “first fully electric luxury sedan powered entirely by AA batteries," the model is based on the C-Class and features a high-tech powertrain that enables the car to have zero emissions and a top speed of 52 miles per hour.

Unfortunately, the top speed isn't the only drawback as the AA Class requires 9,648 AA batteries which aren't included with the purchase price of the car.  This is makes the model a slightly expensive proposition as a 48 pack of Duracell Coppertop Alkaline AA batteries costs about $18 which means an entire set would set you back $3,618.  Of course, on the bright side, Julia Louis-Dreyfus points out owners won't have to deal with changing stations or power cords ever again.

In typical Mercedes fashion, the AA Class comes loaded with equipment including a Bose audio system, a GPS navigation system, and ample trunk space to store extra AA batteries.  Speaking of the latter, the batteries can be replaced individually or all at once thanks to a ribbon release system which sends all 9,648 batteries flying out of four holes cut into the body.