Audi TT RS will probably look like this render 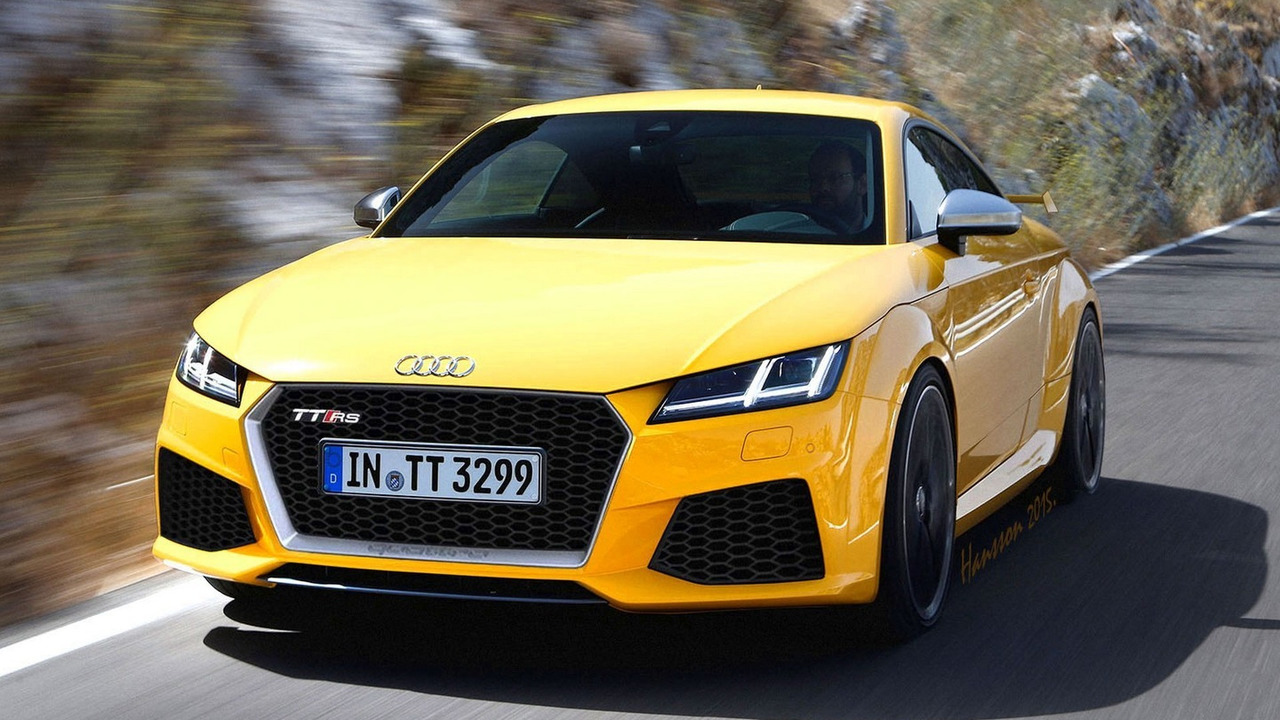 The forthcoming Audi TT RS is being unofficially previewed by one of our readers courtesy of a speculative render that uses as foundation the latest batch of spy images.

The forthcoming Audi TT RS is being unofficially previewed by one of our readers courtesy of a speculative render that uses the latest batch of spy images as foundation.

You probably have seen your fair share of spy shots with the next generation TT RS and now it’s time to take a look at a render that eliminates the entire disguise to show what to expect from the range-topper coupe. In typical Audi fashion, it won't get a very aggressive design as the highest specification TT will only look slightly meaner than the TT S, but there is going to be a major change at the back where the RS version will have a prominent rear wing.

Larger air vents, beefier alloy wheels, oval exhaust tips, upsized brakes, and a stiffer suspension are all on the agenda while the interior cabin is also bound to go through some changes as Audi will decide to install body-hugging seats and other goodies to distance the TT RS even further from the TT S.

More importantly, the model will make the switch from the 2.0-liter turbo inside the TT S to a larger 2.5-liter five-cylinder which is said to generate in excess of 400 PS (294 kW). As you would expect from a fully-fledged RS model, the hottest TT will come as standard with a quattro permanent AWD system and will likely be offered only with a dual-clutch gearbox.

There’s no word just yet regarding the starting price, but it will probably hit the €60,000 mark since the aforementioned TT S can be had for at least €49,100 in its domestic market. We won’t have to wait that long to see the car as Audi will probably bring it to the Geneva Motor Show in March 2016 and start selling it shortly thereafter.

Special thanks go to Hans for sending us the render!

Gallery: Audi TT RS will probably look like this render