Toyota MR2 Caserata By Modellista Is An Eclectic $37,000 Roadster

If you're a fan of obscure Toyotas, these are great times to be shopping for one. After seeing one of the 100 VM180 Zagatos come up for sale in Japan, now one of 150 Caserta models by Modellista is available in Canada from Eclection Specialty Auto Sales.

Like the VM180 Zagato, the Caserta uses the third-gen MR-S (known as the MR2 Spyder in the US) as a starting point. These models date from 2000. The front of the rounded exterior evokes the Fiat Barchetta from the mid-1990s and early-2000s. The back reminds us of a Ferrari 360, especially because of the little inlet in the rear fender.

The Caserta sits 0.78 inches (20 millimeters) lower than a stock MRS. The powertrain carries over from the Toyota. This gives it a 1.8-liter four-cylinder making 138 horsepower (103 kilowatts) and 126 pound-feet (171 Newton-meters). The Caserta has either a five-speed manual or a five-speed automated manual.

There was a standard model Caserta that only had the overhauled body. This one has the extra luxury equipment. It includes wood trim and leather upholstery on the seats, steering wheel, console, and door panels. The seatbelts are a matching color as the cabin, and there's an aluminum knob on the gearshift. 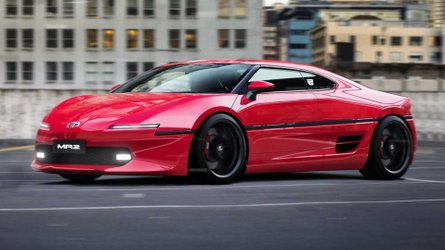 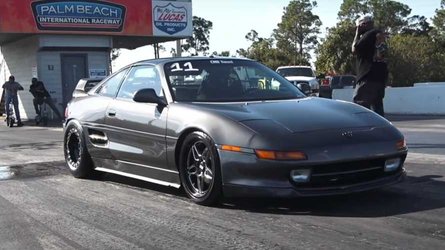 This Caserta is for sale at a dealer in Canada. The seller says this is number 16 of the 150 units, and there are just 37,000 kilometers (22,991 miles) showing on the odometer. Judging by the photos, it appears to be in quite good condition.

The shop is asking $47,000 CAD ($37,192 at current exchange rates). That's certainly a lot more than a standard MR2 Spyder would go for, but those cars aren't nearly as rare as this one.

It's worth pointing out that due to the 25-year importation rule in the US, so this vehicle is still too new to bring into America. In Canada, people can import vehicles that are 15 years old.