Think the iX has a controversial design? Wait until the X8 debuts...

Rumors of an X8 originally emerged four years ago, but it wasn't until about a month ago when BMW chairman Oliver Zipse indirectly confirmed the flagship SUV. "Another high-end car" will be unveiled at the end of the year, and since it will be built at the Spartanburg plant, it must be an SUV as the factory in South Carolina is where the X3 through X6 models come to life, complete with their M versions, plus the X7.

You've likely seen the rather worrying spy shots of prototypes by now, and this fresh rendering from Kolesa attempts to digitally remove the camouflage to unveil the controversial design. From split headlights to stacked exhaust tips, the BMW X8 (or is it the XM?) will have a polarizing appearance, perhaps even more of a love/hate affair than the iX.

While the X8 is unlikely to get the vertical kidneys of the iX and other recent BMW models, the sheer size of the grille will give the range-topping SUV an ostentatious front fascia. The artist behind this rendering forgot to add the fuel cap, and there should be two of them as rumors suggest the luxobarge will boast a plug-in hybrid powertrain.

Carrying the "Project Rockstar" codename, the X8 / XM is said to become BMW's most powerful SUV in history by combining the V8 with an electric motor for a total output expected to exceed the 700-hp mark for the hotter Competition version. It goes without saying it will be an xDrive-only affair, although we wouldn't exclude a Drift Mode for the 0.1 percent of owners eager to hoon the massive, heavyweight SUV.

Since the X8 will be labeled as the sportiest X model of the bunch, it might do away with the X7's third row in a bid to shave off some weight. The sloping roofline does suggest limited headroom in the back, but with BMW being full of surprises these days, it's difficult to accurately predict what the Bavarians are planning. The fact an SUV positioned above the X7 is in the offing is itself somewhat surprising.

Little else is known about the X8, but Oliver Zipse told CNBC it's going to be a "brand-new model, high-end for the American market but also for the world market." It's likely going on sale next year in the US where it will carry a six-figure starting price since the X7 M50i is already almost there, at $99,800.

No Such Thing As Too Many SUVs: 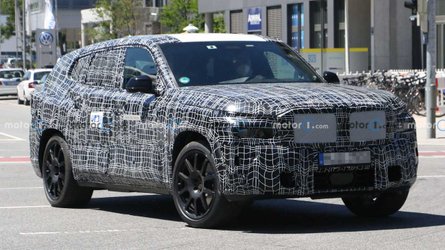 New Bespoke BMW M Car Could Have A Citroen Name 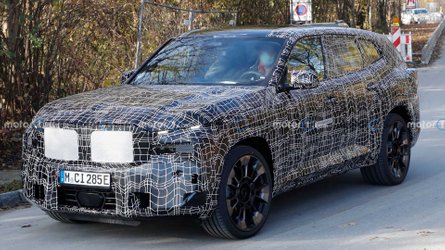