The Skoda Enyaq iV debuted a year ago this month, giving the automaker an all-electric crossover. It’s the brand’s equivalent to the Volkswagen ID.4, which received the coupe-like GTX variant. Skoda isn’t one to be left out, and it, too, is getting a swoopy crossover. The company is readying a sloped-roof Enyaq, and the company is officially teasing it for its early 2022 debut.

The teaser images are accompanied by a ton of info Skoda also released about the model. However, it does share its underpinnings – VW Group’s MEB modular electric vehicle platform. The Enyaq Coupe iV will arrive with either a 62- or 82-kilowatt-hour battery. There’ll be three power variants – 132 kilowatts (177 horsepower), 150 kW (201 hp), and 195 kW (261 hp) – offered in rear-and all-wheel-drive configurations. Its trims names are Enyaq Coupe iV 60, iV 80, iV 80x.

Inside, passengers will get to interact with a 13-inch touchscreen infotainment system, while a 5.3-inch screen functions as the digital cockpit. There’s an optional head-up display, too. The crossovers will look quite similar to the one in the ID.4 and ID.4 GTX, with a handful of Skoda touches differentiating the two. There’ll be LED ambient lighting, dual-zone climate control, and more features for passengers, too. The same differences will also be noticeable on the exterior as Skoda applies its design language to the model. 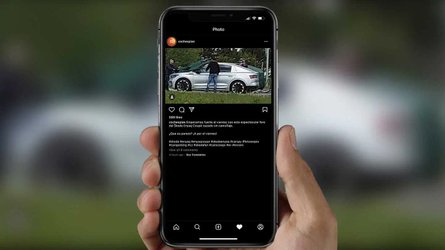 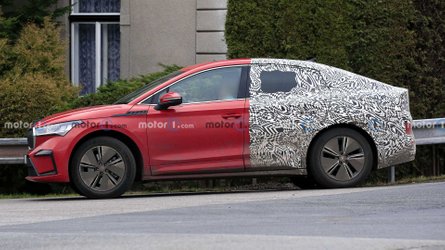 Skoda Enyaq GT Spied With Less Camouflage Than Ever Before

Skoda says the Enyaq Coupe iV will deliver over 535 kilometers (332 miles) of range on the WLTP testing cycle. That’s quite a bit for the upscale and attractive crossover. According to the company, the non-coupe Enyaq iV has amassed roughly 70,000 orders The Enyaq Coupe iV will debut in early 2022, giving the brand yet another EV to offer customers who appear quite excited about the new brand’s new model and its electrified powertrain.