With the NSX's swan song, Acura says it will put the S back in Type S.

Saving the best for last, Acura is retiring the second-generation NSX with a Type S version scheduled to break cover tomorrow. Meanwhile, the third and final teaser is out, although we'll have to admit it's not the most exciting preview of a future car we've seen in recent times. The attached video is only eight seconds long and barely shows the red and gray duo out on a race track.

It's actually the first time we can (barely) see the front fascia design as the two previous teasers focused on the side profile and rear, along with showing the engine bay and the plaque denoting the limited availability of only 350 units. From the very little we can observe in the clip below, the front bumper has gone through some changes as the air vents have been significantly reworked.

As a reminder, a camouflaged prototype was spotted at the end of last month and seemed to have the same revised front as the cars featured in Acura's final teaser for the NSX Type S. The bumper now hosts multiple separate air intakes arranged vertically rather than the one-piece setup found in the current car, and we'd argue the normal model has a cleaner look than the somewhat busy design of the Type S.

Honda's premium division has already promised it will bid farewell to the NSX by giving it more power. It's unclear whether that means the engineers have fiddled with the twin-turbo 3.5-liter V6 or the electric motors, but look for the combined output to grow beyond the 573 horsepower and 476 pound-feet (645 Newton-meters) of torque offered by the standard NSX.

With one of the teaser images focusing on the engine bay, we're tempted to believe the Type S will use a beefier configuration of the six-cylinder engine. Aside from extra oomph, Acura has also promised the spicy derivative will deliver quicker acceleration, which sounds interesting considering the standard NSX already does 0 to 60 mph in 2.7 seconds. It's unclear whether the top speed will increase beyond the current 191 mph (307 km/h).

Sharper handling and a "more emotional driving experience" are also planned for the Type S, which will be offered only in 300 units in the United States as the other 50 examples are heading to export markets. Following its debut tomorrow at the Monterey Car Week, the new version will effectively mark the end of the line for the hybrid supercar, which will bow out in December 2022 when the final car is going to be assembled at the plant in Marysville, Ohio.

The Last Hurrah For The NSX Is Inching Closer: 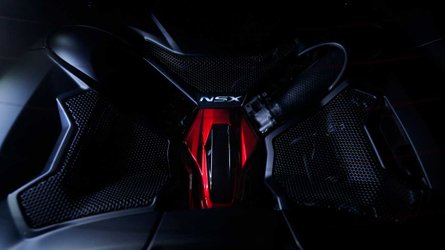 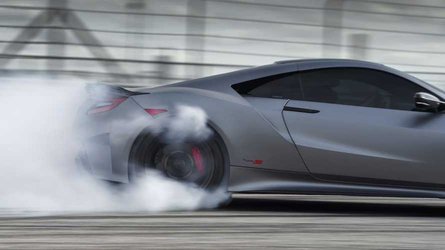