A look into the early stages of designing Cadillac's electric future.

The Cadillac Lyriq is undeniably striking – at least in the design department. The EV SUV, though bearing the marque's shield, is designed unlike any other Cadillac before it, which made it even interesting in the eyes of the media and the public alike.

If you're wondering how the Cadillac design team came up with this design, the GM Design Instagram account could give some insight. In a recent post, the official page shows an early sketch of an SUV done by Zhou Fang, Cadillac's lead creative designer.

While not explicitly mentioned, we have several reasons to believe that this is an early sketch of the Lyriq SUV. The triangular accents on the corners are a dead giveaway, while the sleek roof of the rendering above, while unrealistic, is a precursor to the roofline of the production Lyric.

According to Zhou, this sketch was done in 2017, which somehow fits into the timeline where the high-riding EV belongs to. Initially revealed in prototype form, the Lyriq EV hit daylight in 2020, then in production skin in April of this year.

Don't get too disappointed with the smaller wheels on the Lyric's production version, though – remember that this is just a sketch, and more often than not proportions are oversized than the actual vehicle.

It's important to note that the Lyriq shown in the gallery above isn't the final production version. According to the automaker, this prototype is 85 percent complete so there may be changes in the final form that's due for the 2023 model year.

The Future Of Cadillac: 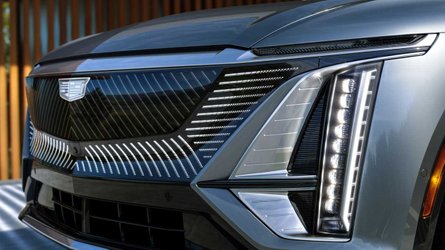 Cadillac Explains Why The 2023 Lyriq Lacks A Front Trunk
⠀ 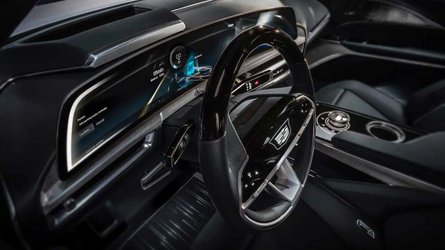 Be that as it may, we want to see the 33.0-inch-diagonal LED display inside the cabin of the final production model. The 1 billion colors on the display are unprecedented, and we'd wager it's something that EV customers would find attractive.