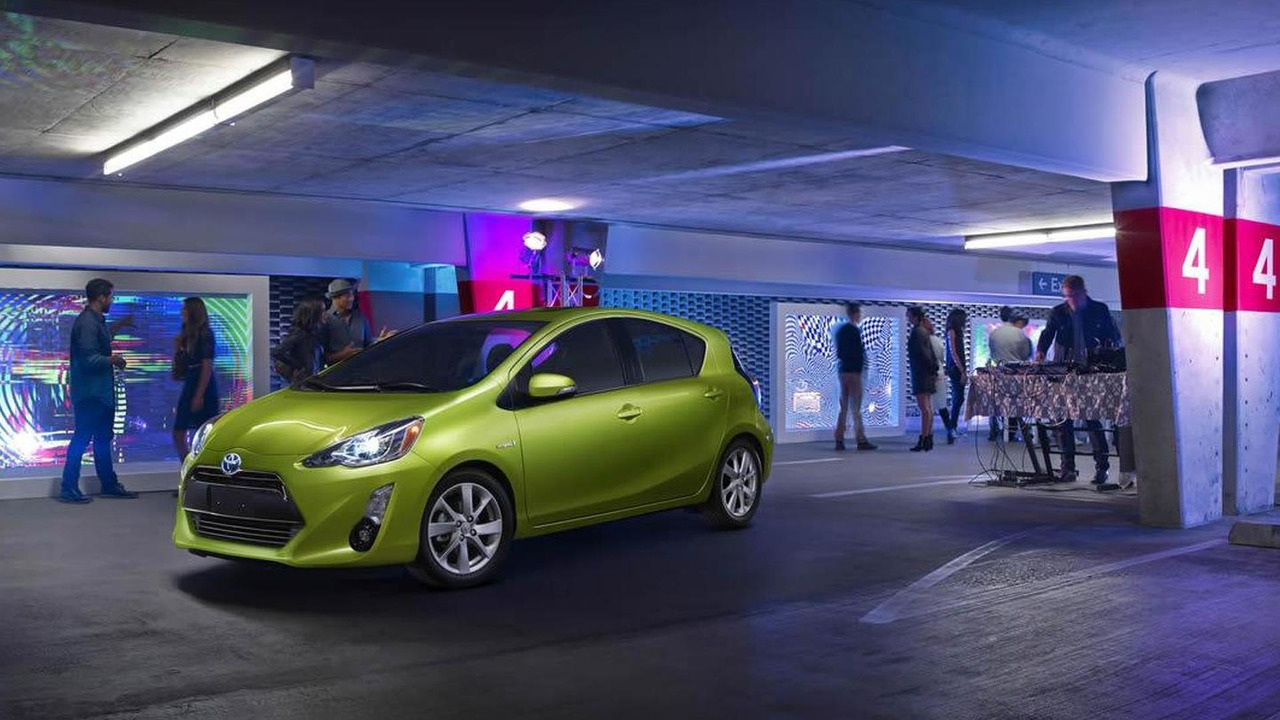 Toyota is introducing the 2015MY Prius c which comes with an array of minor enhancements.

Toyota is introducing the 2015MY Prius c which comes with an array of minor enhancements.

The exterior changes are modest at best but we do notice a lightly revised front fascia with standard low- and high-beam LED headlights, tweaked grille, along with re-sculpted bumpers, shark-fin antenna, updated taillights and three fresh body paints to choose from: Electric Lime Metallic, Tangerine Splash Pearl and Sparkling Sea Metallic. The interior cabin has been modified as well with "premium materials", additional technology features and decreased noise, vibration and harshness (NVH) levels.

Just like before, the 2015 Toyota Prius c is powered by a four-cylinder, 1.5-liter gasoline engine developing 73 bhp (54 kW) and 82 lb-ft (111 Nm) of torque. Combined with the electric motor it provides a total output of 99 bhp (74 kW) while the 144-volt nickel-metal battery pack is installed under the rear passenger seat.

Thanks to this hybrid setup, the Prius C is capable of returning an EPA-estimated 53 mpg city / 46 mpg highway / 50 mpg combined which according to Toyota represents "the highest mpg of any vehicle on the road today (MPGe vehicles not included)."