How much worse could it get for this guy?

Here is a person having a no-good, very bad day. This BMW 3 Series driver got his car stuck in the sand at the seaside. To make matters far worse, he somehow locked himself out of the vehicle. Worst of all, the BMW was in reverse, leaving the wheels spinning in the sand.

We're hoping that that the dryly sarcastic guy filming this scene helped the BMW driver out after taking this video. However, beyond offering the use of a phone to call a locksmith and other help, there probably wasn't much aid to provide.

Judging by the scene, here's what we suspect about the backstory of this scene. The BMW driver parks on a dune overlooking the sea in East Hampton, New York. At some point, he decided it was time to leave, shifted the 3 Series into reverse, and nothing happened. Based on the ruts underneath each wheel, the guy floored the throttle in hopes of moving his all-wheel-drive sedan and only got more stuck.

At that point, he was probably flustered and confused about what was going on. The guy might have opened the door to look back because he wanted to see what was happening. Maybe, there wasn't a good view, and he decided to step out of the car real quick. It's not like the sedan was going anywhere.

These Vehicles Got Stuck, Too: 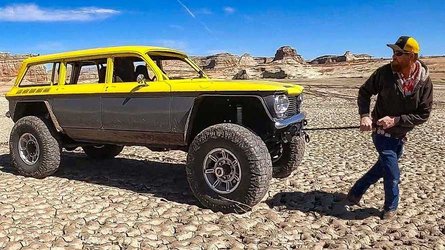 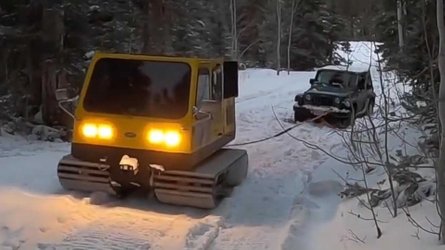 Then, the door shut. We wonder how long it took before the guy realized that he was now locked out of the car. Was it immediate horror as soon as the door closed? Or did he check what happened, and tried to get in only to figure out the problem?

Unfortunately, we don't know the ending of this story. Maybe a locksmith in a truck arrived to unlock the door and pull free the stuck BMW. Alternatively, perhaps the 3 Series spun its tires on that sand dune until the vehicle ran out of fuel.