Yes that’s right, the 1990s saw a collaboration between Mercedes-Benz – then Daimler-Benz AG – and Porsche to build the 500 E. In celebrating the 30th anniversary of the sports sedan, Porsche walks us through the development process.

Italian automobile designer Bruno Sacco was responsible for the bodywork, which was far ahead of its time. Despite the Mercedes-Benz insignia sticking out of the hood, many design elements including the bumpers, headlights, and taillights were further integrated into the body. The entire ensemble led to a drag coefficient of 0.26 – making it one of the most aero-efficient sedans in existence.

Gallery: Mercedes celebrates the 25th anniversary of the 500 E

Under the skin, Mercedes employed Porsche to re-engineer the engine bay to make room for the V8 from the 500 SL. At the time, the vehicle was designed around smaller, more fuel-efficient engines to combat the fuel shortages that plagued the United States. Keen readers will know that the 500 E – and 500 SL – actually received a variant of the engine used in the LeMans winning Sauber C9.

As we could write an entire article on the engine used in the 500 E, we’ll swiftly move on to the body, which was built by Porsche. The wider fender flares – hiding suspension components from the 500 SL and SEL – meant that the 500 E couldn’t fit through the existing production line. Thankfully, Porsche saved the day, using its Reutter building to put together up to 20 units per day. 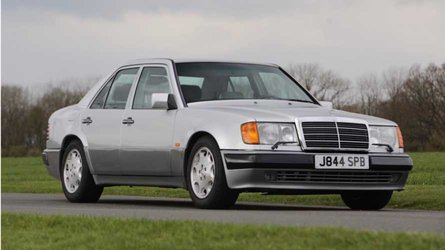 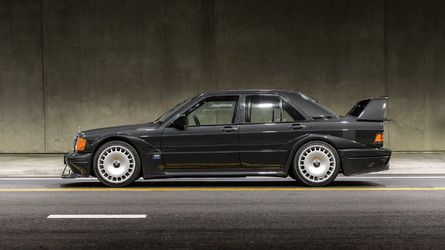 Despite flying under the radar, the production alliance between the two German automakers remains one of the greatest pairings in the automotive world. The end result is one of the most mind-blowing sedans ever built.