Mercedes-AMG Shows Project One Hypercar Out On Public Roads

There’s no shortage of footage when it comes to the Mercedes-AMG One hypercar. However, the German automaker recently published an official video featuring its Chief Technical Officer Jochen Hermann taking the Project One out on the road.

While we’ve seen spy videos of the F1-inspired beast prowling around the tarmac that surrounds the Nurburgring Nordschleife, this is an official video from the German automaker. It shows a simple drive on the roads around Mercedes’ Immendingen proving grounds.

It’s difficult to hear the engine note behind the techno music used in the video, but thankfully we’ve covered plenty of spy footage that better captures the soundtrack. Despite the powerplant being heavily modified to comply with emissions requirements and general road stress, it genuinely sounds like an F1 car. Sure, it wouldn’t fool anyone in a blind comparison with Lewis Hamilton’s 2021 race car, but the continuity between F1 racer and road car remains.

Ease of use on the road is often overlooked with these types of vehicles, so it’s very confidence-inspiring to see so much validation testing. The only other vehicle to previously attempt this sort of crossover was the Ferrari F50, which was tremendous, but suffered in the comfort department. Who would have thought that using the engine as a stressed member of the chassis wouldn’t lead to the most comfortable ride? 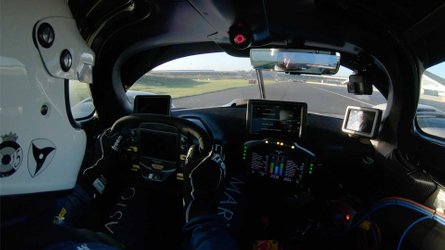 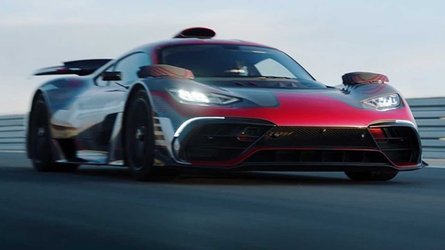 Mercedes-AMG One Promo Claims The Hypercar Has No Rivals

Thankfully, this modern interpretation of the F1 car for the road looks ready to go. We’d wager that the Project One will set blistering lap times at the Nurburgring Nordschleife, but let’s not forget about other vehicles like the Aston Martin Valkyrie, which could easily spoil the party.