It’s been a bit since we’ve last seen the BMW 4 Series Gran Coupe. The last batch of spy shots came in December, but a new video shows its ongoing development. The car was caught testing at the Nurburgring race track in Germany, and it still wears a lot of camouflage, which continues to cover the majority of the vehicle.

Seeing the car wearing the same camo it did months ago feels a bit strange considering that late last year, BMW design boss Christopher Weil said that an official reveal would happen “very soon.” But we’re still waiting. The car looks production-ready, with production headlight and taillight units, though BMW has yet to schedule its debut. The test vehicle still sports the fake door handle stickers we’ve seen before.

This appears to be the hotter M440i variant, which swaps the circular exhaust tips for trapezoidal ones. The throaty exhaust note and low ride height also indicate its sportier aspirations. Those wanting something even hotter in the 4 Series Gran Coupe guise will be out of luck as the company has no plans to develop an M4 Gran Coupe, which makes sense. The company already offers the four-door M3, so a four-door M4 would be redundant. Instead, the M Performance trim will be the sportiest model available. 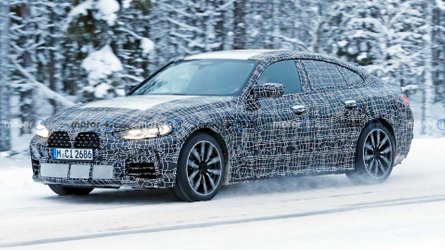 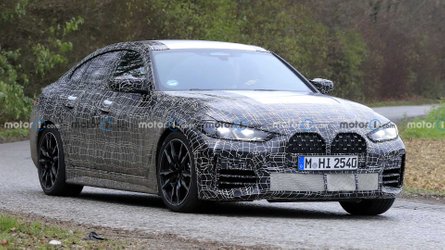 The M440i is expected to pack the brand’s turbocharged 3.0-liter inline-six engine that’ll pair with some mild-hybrid tech to help make the car a bit more efficient. The powertrain will produce 382 horsepower (285 kilowatts) and 369 pound-feet (500 Newton-meters) of torque. The rest of the lineup will receive the usual stock of gas and diesel engines, as well, with the base car using a turbocharged 2.0-liter that makes 255 hp (190 kW).

It’s unclear when BMW will debut the new 4 Series Gran Coupe, but it’s expected to go on sale for the 2022 model year.