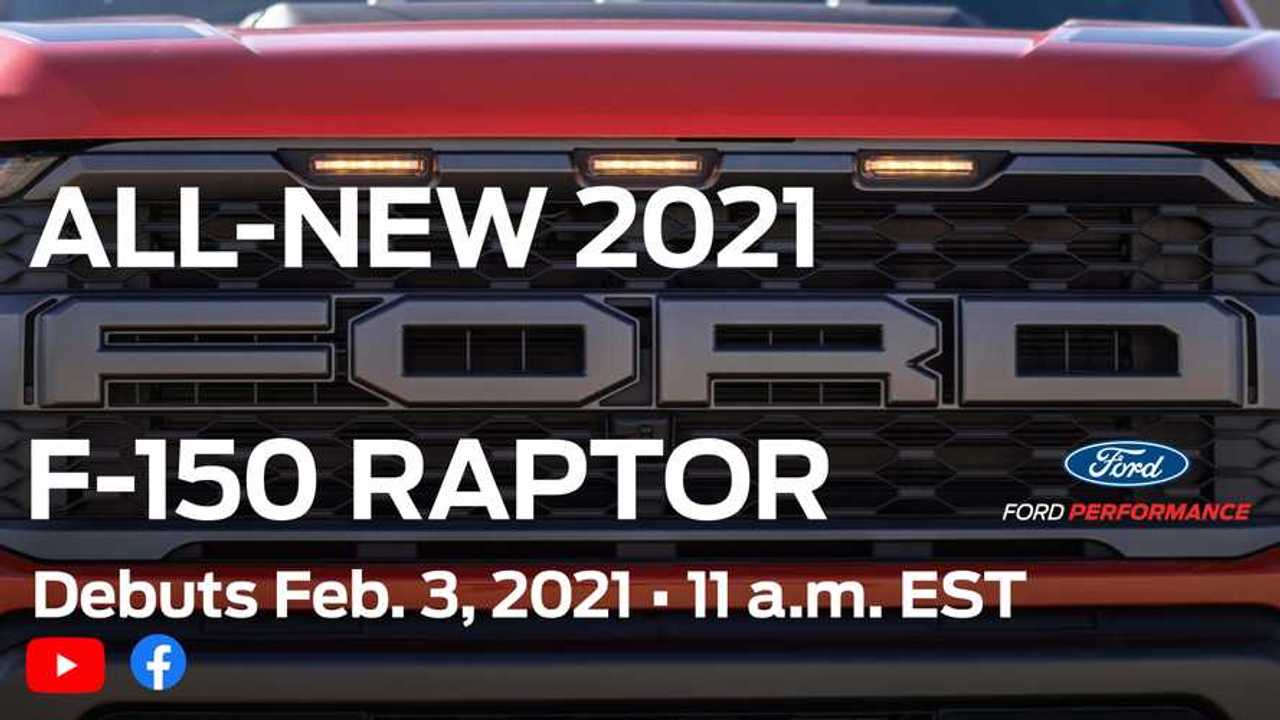 It's only a few days away!

While we already know about the February 3 debut date for the 2021 Ford F-150 Raptor, a new teaser image says that the unveiling happens at 11:00 AM ET. Plus, this our first official, uncamouflaged look at the latest iteration of the performance pickup.

The teaser image matches a leaked parts diagram of the front of the new Raptor. The Ford lettering dominates the grille, and the rest has a thick-pattern mesh. Along the upper edge, there are three skinny, separated lights.

A glimpse of the hood reveals raised sections with black trim on each side. There's also a wide black section in the center.

A teaser on Facebook (above) offers a glimpse of the whole truck. Playing the opening of Metallica's Enter Sandman is a nice touch over the video of the Raptor running through the desert.

The 2021 Raptor will come standard with a 3.5-liter EcoBoost V6, according to a leaked dealer order guide. It's not clear whether the engine's output has the same output as the outgoing version with 450 horsepower (336 kilowatts) and 510 pound-feet (691 newton-meters). There wouldn't be a big surprise if Ford increases the numbers a little just for the bragging rights.

Judging by the exhaust note in some spy videos, Ford might also be working on a V8 engine for the Raptor. Judging by the leaked dealer guide, it seems that this powerplant would arrive later in the vehicle's run.

Other expected tweaks for the Raptor in comparison to the standard F-150 include a lifted ride height and sophisticated suspension for soaking up bumps. A sophisticated all-wheel- and four-wheel-drive system (depending on the mode) should put the power down.