Remember Smart? It's Switching From Cute City Cars To SUVs

The brand's first new model will be developed with Geely.

About a month ago, Daimler sold its Smart factory in France to Ineos, where the company will produce its Grenadier off-roader. The Hambach manufacturing site will continue to assemble the Smart EQ ForTwo under the ownership of Ineos and it seems that a brand new Smart model could hit the assembly lines next year.

Automotive News reports that Smart is working together with Geely on a small crossover based on the Chinese company’s Sustainable Experience Architecture. Daimler and Geely announced a partnership last year and this will reportedly become the first fruit of their cooperative work.

The Future Of Smart:

Smart's boss, Daniel Lescow, told Automobilwoche, a German-language sister publication of Automotive News, that the new high-riding model won’t cannibalize sales of Mercedes-Benz’s compact car range. The small crossover will be joined by another utility, likely a larger model, but both won’t be available in the United States, at least not for now, as Smart will remain focused on the European and Chinese markets.

"The potential is vast, not only in Europe but also in China. SUVs are becoming the most popular of all passenger vehicles in China. But don’t worry, our new SUV won’t just be for China – we’ll be bringing it to European markets," Lescow recently wrote in а Linkedin post. 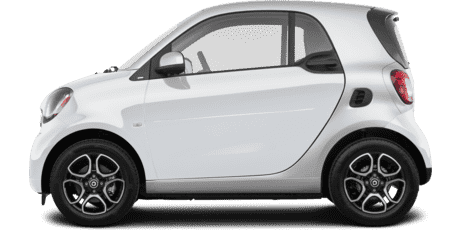 The transformation of Smart from a tiny car automaker to an SUV manufacturer means the brand will lose one of its key characteristics - the size of its cars. The products of the firm will no longer be the smallest on the market and Smart will even move slightly upmarket.

"Vehicle length alone is no longer a decisive factor for us... we have redefined the requirements for Smart," Lescow told Automobilwoche. "We want to radiate even more premium and not appear quite so playful.”