Drag races are a staple in measuring a car’s performance. Acceleration and speed must be accurately measured, verified, rechecked, and recorded to ensure their validity for use in online pissing matches. But not every drag race has to have the seriousness of a courtroom. Some can be more playful, and a super-short video from the Autopareri Facebook page exemplifies that with an odd racing pairing – a Porsche Taycan and a Fiat Panda 4x4.

Details about either car are scarce, though both have four-wheel drive. You can see the Porsche’s front tire spin for a bit before slowing down to find traction, which there is little of in this race. The two are racing from what appears to be the end of a cul-de-sac, and it’s covered in snow and slush. The two struggle to start, though the Fiat surprises by getting off the line a bit more quickly than the Porsche with a ferocious leap. However, the four-pawed Panda doesn’t get far before the Taycan catches up and overtakes it. The Porsche has a clear lead when it hits the brakes before turning into a curve. 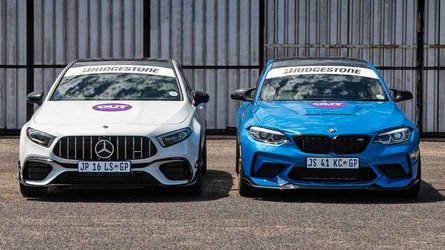 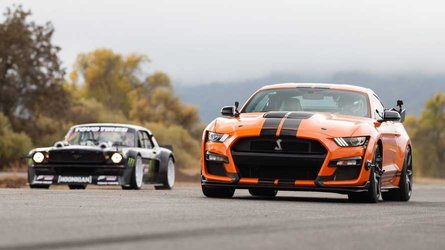 It’s unclear what the first-generation Panda is using for motivation, though it’s like a small four- or even two-cylinder engine that may displace one full liter if it’s the diesel. It’s certainly not one of the rare electric Pandas Fiat made. The all-wheel-drive Porsche is likely to offer at least 522 horsepower (390 kilowatts) on tap if it’s a 4S model, though the Turbo S version with its 750 hp (560 kW) available. The wheels certainly match.

The drag race doesn’t settle any scores or give anyone fuel to fan the flames of online rage. It’s a simple, unscientific drag race between two completely dissimilar vehicles separated by years of engineering and technological advancements. And yet, for one brief moment, it looked like the slippery street would give the Fiat an opportunity for success, which never came to fruition.