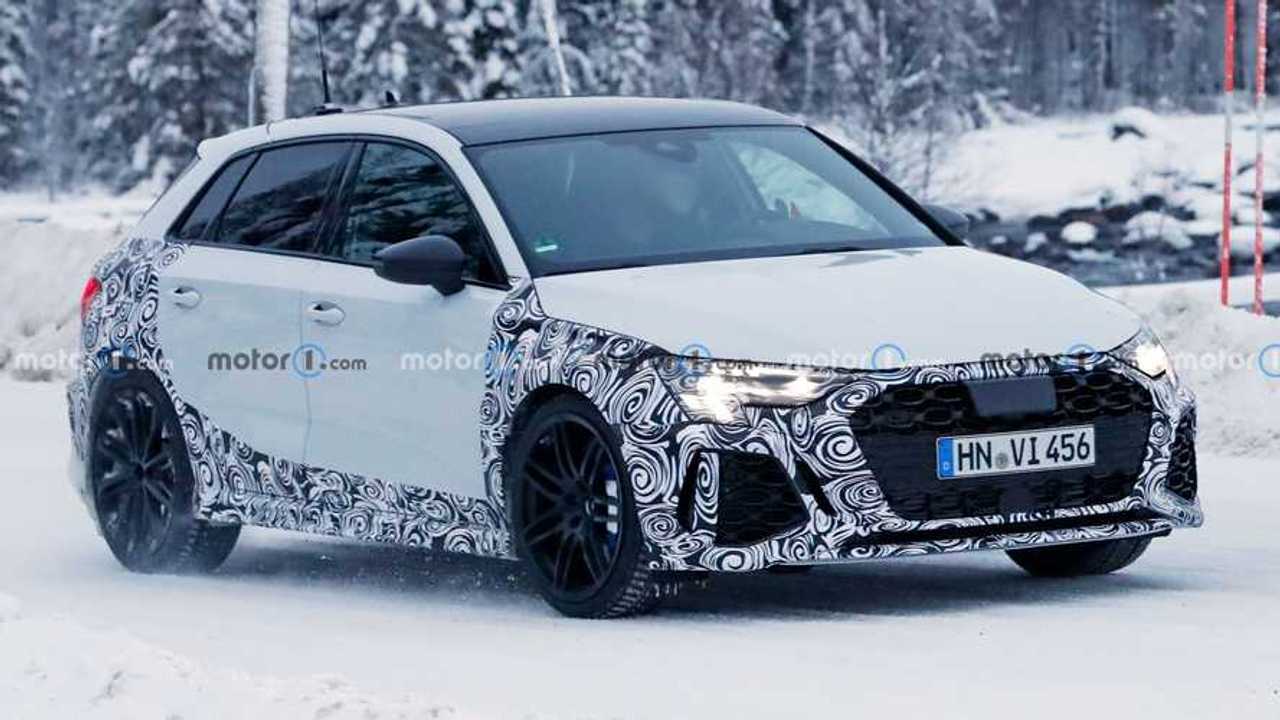 Audi should reveal it sometime next year.

Spy photos of Audi's new RS3 Sportback aren't new. Our photographers have captured both the hatch and sedan variants out testing for months. The test vehicles have worn little camouflage, covering the car's sportier upgrades. A new batch of photos shows that Audi is continuing the car's development, this time taking a hatchback version to complete some cold-weather testing in the snow.

Audi continues to camouflage the car, even though it only covers the front and rear fascias, the fenders, and the side sills, and even then, it doesn't hide much. The front fascia sports a wide gaping grille positioned between large trapezoidal intakes pushed to the face's lower corners and thin-slit headlights. Camouflage covers the rear bumper, but it fails to conceal the massive dual exhaust pipes poking through it. The camo also appears to be hiding a more aggressive rear diffuser too.

The RS3 Sportback will continue to use Audi's turbocharged 2.5-liter inline-five engine. We expect Audi to massage more power out of the mill, creating 394 horsepower (294 kilowatts) and 354 pound-feet (480 Newton-meters) of torque. Rumors have suggested that Audi will tweak the mill to make 415 hp (309 kW) and 369 lb-ft (500 Nm) of torque. There are rumors of a hotter RS3 Performance that could make as much as 450 hp (335 kW). However, it remains just a rumor for now.

New Audi RS3 Sedan Spied Going All Out At The Nurburgring

2021 Audi RS3 Sedan Spied Hulking Out On The Nurburgring

The new Audi RS3 isn't expected to debut until sometime next year. It was previously believed we'd see the new RS3 in early 2021, though a recent report points to September 2021 before Audi pulls off the covers of the European-focused RS3 Sportback. The RS3 sedan could debut at a different time, which is coming to the US, unlike its hatchback counterpart. However, it's unlikely we'll receive the sporty RS3 go on sale before 2022.