It's based on the EV concept Subaru unveiled last January.

Subaru is slow to the electric revolution. The Japanese automaker offers hybrids, but a fully electric model has yet to arrive. That will be changing soon in a big way, as Subaru plans to ditch its famous boxer engines and go all-electric by 2035. The vehicle featured here could be the first step in that shift to electric power.

To be clear, this is an unofficial rendering that's purely speculative, but it is based in reality. Subaru is expected to launch its first electric vehicle next year, and our colleagues at InsideEvs report it should be called Evoltis. The Subaru-Toyota relationship will expand beyond small sports cars, as Toyota will have a hand in the development of this new vehicle. Details on power and range aren't known as of yet, but all indications have it arriving sometime next year as a 2022 model.

As for the rendering, it's based heavily on the chiseled concept vehicle Subaru unveiled way back in January. We're tempted to call this a love child between the Tesla Cybertruck and Toyota RAV4 Prime, with perhaps just a kiss of old-school Subaru SVX tossed in for good measure. The Toyota connection certainly isn't an accident, as the RAV4 Prime is comparable in size and it's a plug-in hybrid, so the platform is already configured for some measure of electrification. 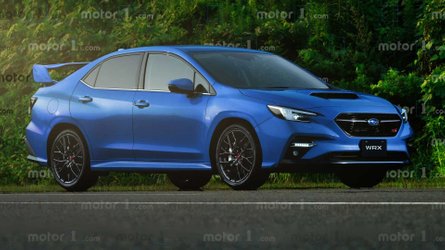 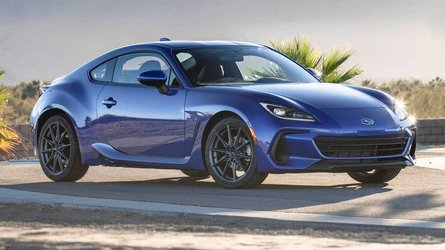 Subaru has done an admirable job of keeping its electric crossover a secret. We've not seen a prototype in public, but reports suggest the concept is surprisingly close to how the production version will look. It's a bold step for Subaru, but with competition still increasing in the crossover world and electric power on the cusp of mainstream, taking a bold direction could be the key to reaching buyers. Whether those buyers respond to an edgy Evoltis remains to be seen.