Orange you glad this garage exists?

If you've been a motorsports fan for over 20 years, you'd be familiar with Jägermeister racing teams. From Formula 1 to the German Touring Car Championship, the alcoholic drink company was a prominent figure in motorsports – and you won't likely miss them with their bright orange livery.

But then, the company concluded its motorsports sponsorship in 2000 with the notion that alcohol and sports don't mix. For those who are fans of Jagermeister and its near three-decade run in racing, here's a treat for you.

In total, over a hundred cars wore the bright orange livery to represent the company, including the Porsche 962C Chassis 117, which was part of the most epic gallery of Porsche photos ever created. A number of these orange cars are part of a collection by none other than Eckhard Schimpf, the very person who led the racing team for the Jägermeister company.

YouTube personality Shmee was fortunately invited to this hidden collection of race cars, which is located in Wolfenbüttel, Germany. He gave us a quick tour of this garage and quite frankly, we're still in awe with this massive citrusy collection, keeping the spirit of Jägermeister racing alive. 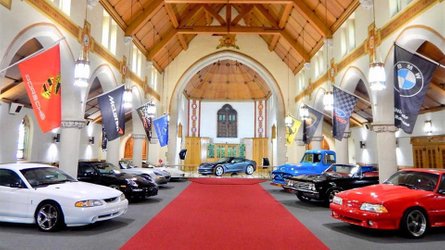 The Holy Grail Garage Is A Church-Turned-Car-Storage Temple
⠀ 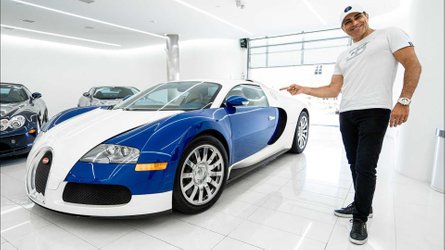 Three-Time Bugatti Owner Shows Off His Fourth One

From Porsche to BMW, get up close and personal with these cars carrying the Stag emblem, almost qualifying now as museum pieces and are kept in great condition by Schimpf and his son, Oliver. We're not quite sure if it's open for public visits, but at least this video could give us a quick tour and could be the closest thing we can get to this incredible collection.

Truth is, the withdrawal of Jägermeister from racing was a missed opportunity. Can you imagine a racing team that's both sponsored by Red Bull and Jägermeister? I think we all know what that team would be called.