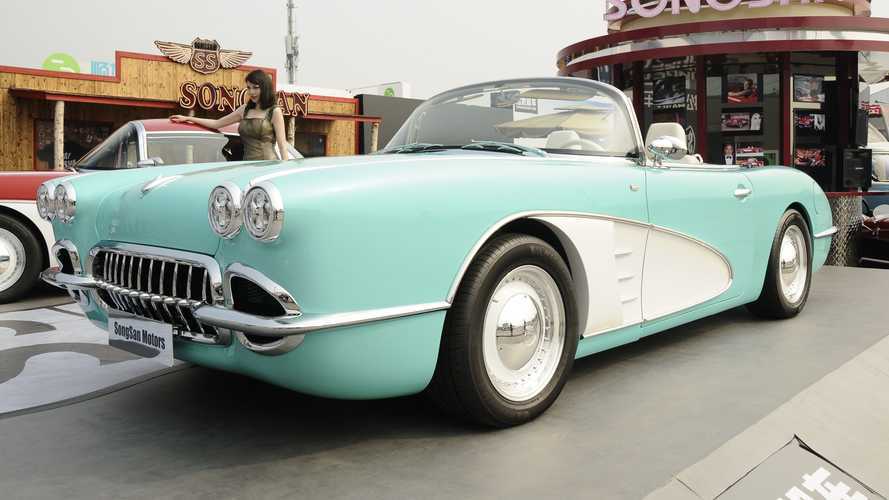 This year's Beijing Motor Show is one of the few automotive shows that pushed through despite the on-going pandemic in several parts of the planet. Despite the fewer attendance this year, the Auto China 2020 gives us a glimpse of many things great, while also showing us some familiar designs with a different badge. One of which is the Chevy Corvette C1 copycat, the SS Dolphin.

However, in spite of the clear similarities with the revered classic, Chinese automaker Songsan seems to be off-the-hook with its production vehicle, as reported by CarScoops.

According to the website, which reached out to GM for its reaction to the Corvette Chinese clone, Songsan didn't receive any permission from Chevy for its SS Dolphin. However, Kevin Kelly, Chevrolet’s senior manager of car and crossover communications, said that Songsan didn't use the trademarked names and logos, implying that there isn't anything infringed with the car. He also said that "the design is not identical to the C1."

For what it's worth, the SS Dolphin may look similar to the C1 but it has weird proportions and a vastly different interior. However, one can't deny the obvious design cloning despite the odd proportions and non-usage of Chevy's proprietary name and logo.

The SS Dolphin isn't the only inspired vehicle from Songsan at the Beijing Motor Show. The marque also showcased a minivan that takes after the classic Volkswagen Transporter T1, colloquially known as the VW Kombi.

Chinese car companies have been notorious in making blatant copies of western vehicles, but that doesn't mean that there isn't anything good coming from China. Geely, the owner of Volvo, has been making great vehicles on its own accord, along with GAC with its European yet unique designs. We just hope the rest follow suit.