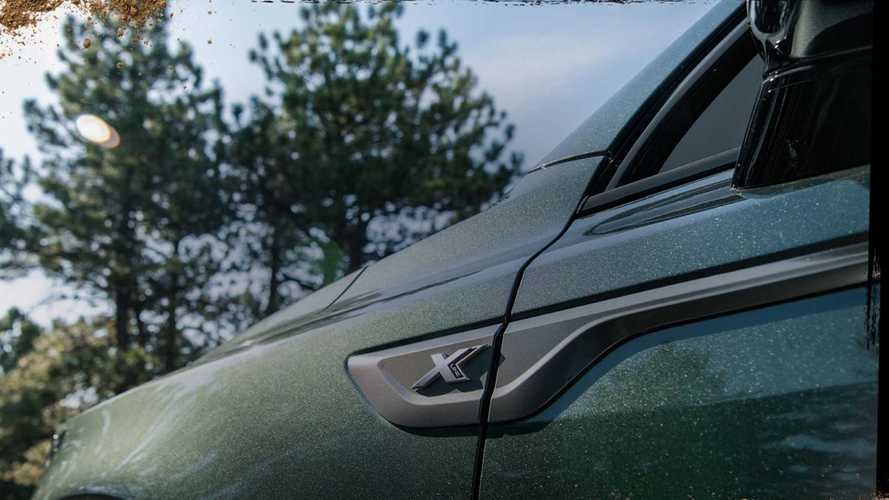 The midsize SUV is getting the rugged-ish treatment.

Kia unveiled the fourth-generation Sorento for Asian markets back in February before showing off the Euro version a month later. Fast forward to September, the midsize SUV is about to break cover in North American specification, bringing along an X-Line model. If you’re unfamiliar with this trim level, it’s a more rugged take on the crossover recipe that Kia is also using for the funky Soul. In other markets, there’s also a Seltos X-Line and even a pint-sized Rio X-Line. In addition, a Telluride X-Line could be on its way based on a leaked internal survey.

Anyway, back to the Sorento. It will put on North American apparel next Tuesday, September 22. In the meantime, Kia has released a couple of teaser images, one showing the X-Line badge and the other a grainy side profile of the all-new SUV in its rugged trim level. Both adjacent photos show the revamped Sorento finished in a green shade, which could be the same Undercover Green paint available for the Soul X-Line.

Technical specifications regarding the US-spec model will be disclosed next week, but we already have a pretty good understanding of what’s to come by checking out the global Sorento. The bread and butter of sales will likely be represented by the turbocharged 2.5-liter gasoline engine with 277 horsepower and 310 pound-feet (421 Newton-meters) of torque.

Kia has also developed the new Sorento to accommodate a hybrid powertrain that combines a turbocharged 1.6-liter gasoline engine with a 44-kW electric motor for a total output of 227 hp and 258 lb-ft (350 Nm). The electrified version gets a six-speed automatic transmission and all-wheel drive, with a plug-in hybrid version due to arrive soon in some markets. There’s also a 2.2-liter diesel for Europe with 199 hp and 325 lb-ft (440 Nm) on tap, linked to a new double-clutch eight-speed automatic gearbox, but that one is highly unlikely to make it stateside.

With the North American variant coming for the 2021 model year, we’re expecting the new Sorento to go on sale late this year.