In case you thought you were dreaming about Audi being serious about offering their hotly-anticipated, supercar-killing, impressively practical, and relatively pricey RS6 Avant wagon to Audi dealers in the United States, a car carrying ship just delivered the first batch of these performance wagons at the Port of Davisville in Rhode Island. Yes, this is reality, and it's hard to believe that it was just a year ago when Audi threw us a bone with their announcement of the imminent U.S. arrival of the RS6 Avant. They're here at last, and in the next few weeks, will find their way into dealerships all across the country.

With pictures taken by Audi, as if we wouldn't believe them in the first place, these RS6 Avants are all covered up to protect them during transport. Car and Driver first broke this story, and have asked an Audi representative to give them an idea of the actual number of wagons coming in. Their reply? "Many". Audi's RS6 Avant configurator went live in the United States in June of this year, and we're sure a lot of people have already put in their orders and specs for this one. With the base model coming in at $109,000 without destination charges, you can go crazy with a ton of options to bring it up to as much as a bit over $141,000.

Who's Expecting The Aftermarket Scene To Explode With The RS6 Avant? 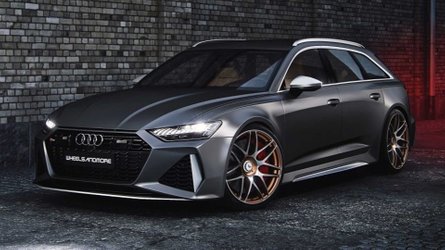 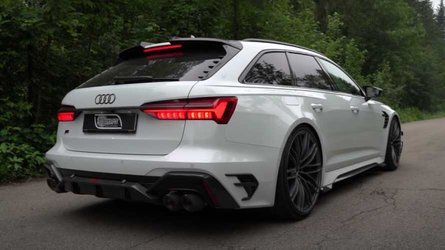 Lucky owners will soon be experiencing for themselves that 4.0-liter twin-turbo V8 that makes 591 horsepower (441 kW) with all-wheel drive and an eight-speed Tiptronic transmission. Expect a 60 mile per hour time of just 3.5 seconds – slightly lower with the kids and the groceries in the back, but don't tell the wife those numbers. Expect more batches to come in the following months.