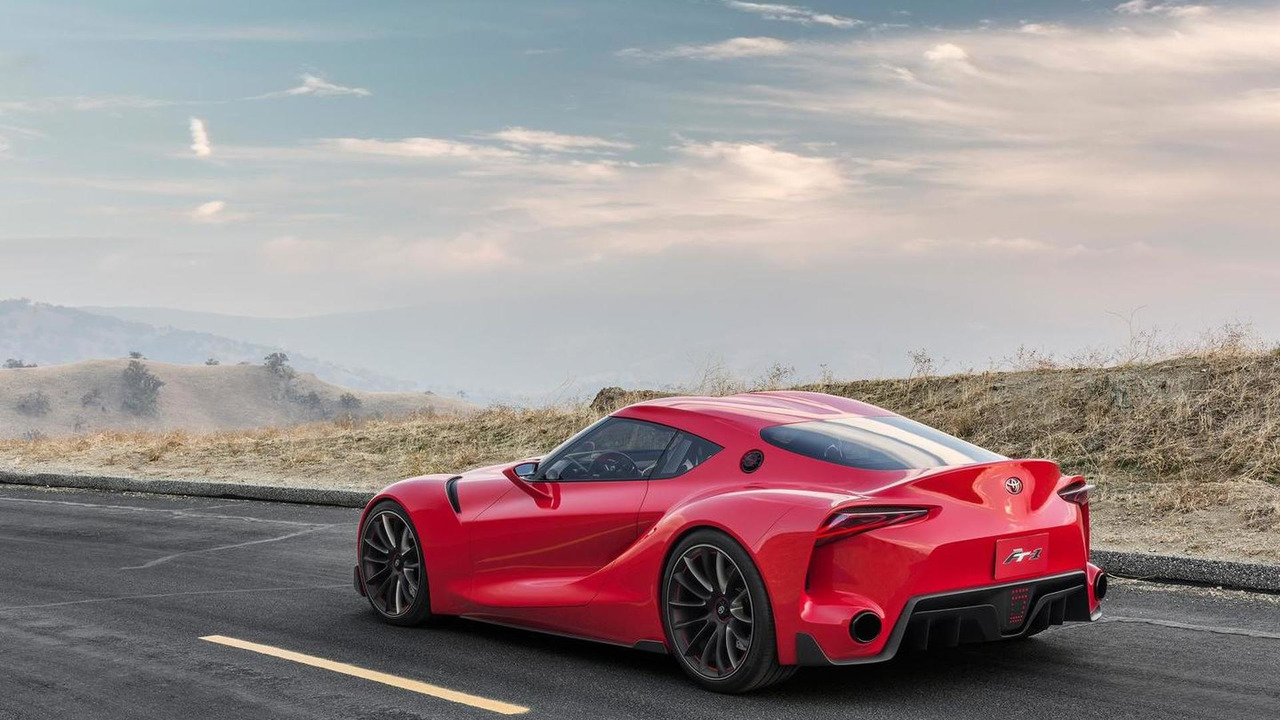 Toyota has unveiled the FT-1 concept on the inaugural day of the North American International Auto Show in Detroit.

Toyota has unveiled the FT-1 concept on the inaugural day of the North American International Auto Show in Detroit.

The stunning FT-1 (Future Toyota 1) is a follow-up to other concepts such as the FT-HS from 2007 and the Lexus LF-LC from 2012. Work on the project started two years ago and was conducted by the Calty design team who came up with a front-engined rear-wheel drive coupe to celebrate its 40th anniversary.

Sending a bit of a TVR Sagaris vibe, the Toyota FT-1 concept has a wraparound windshield and 2000GT-inspired side glass openings while inside there’s an F1-like steering wheel. It appears to have one of the most aggressive designs from Toyota and looks like a GT-86 on a heavy dose of steroids with a muscular body.

The creators mention cornering vision and sensation were improved by moving the A-pillars far back. Its minimalistic cockpit features a delta-shaped display area and there’s also a color heads-up display to keep the driver focused on the road up ahead.

Technical details have not been provided but Toyota mentions the FT-1 concept “represents an ideally balanced front-engine, rear wheel-drive layout that is powered by a high-technology, high performance internal combustion engine”. Sometime in the future this interesting concept could serve as the basis for a long-rumored Supra revival.

The concept will be offered in virutal form as downloadable content for Gran Turismo 6.