The boys and girls from Modena are about to jump on the electrification bandwagon.

September will be the month when Maserati will unveil its hotly anticipated MC20 supercar, but in the meantime, the company with the Trident logo is preparing another reveal. Rather than switching to a new generation, the Ghibli will go through a facelift approximately seven years after hitting the market. The modern-day Ghibli is not only the company’s first car to get a diesel engine, but in about a month from now, it will also be the first to boast a hybrid powertrain.

A new teaser video released this week by Maserati reveals the wraps will finally come off on July 15. The electrified Ghibli has been a long time coming considering the Italian marque announced the greener version nearly a year ago. The mid-cycle update formula will also be applied to the Levante and Quattroporte models in the coming months.

Maserati had planned to unveil the 2021 Ghibli at the Beijing Motor Show back in April, but the coronavirus pandemic forced organizers to push back the event to September. Rather than waiting until then, the fabled Italian brand will organize an online event to show its luxury sedan in the facelifted guise with an electrified setup.

The Ghibli Hybrid is expected to be of the plug-in variety and will lead the way for a series of electrified models. The company’s product roadmap through 2023 shows that virtually all models will embrace electrification, including the facelifted Levante and Quattroporte. The aforementioned MC20 will be offered as a pure EV, and so will the next generations of the GranTurismo, GranCabrio, Levante, and Quattroporte. In addition, a new sub-Levante SUV will also spawn a zero-emissions derivative.

The first EVs are earmarked for 2021 when production of the next GranTurismo and GranCabrio will commence following an investment of €800 million (about $907M). It’s worth mentioning the Ghibli’s next-generation model is nowhere to be found in that 2020-2023 product roadmap, which means the facelifted car will stick around until 2024 at the earliest. 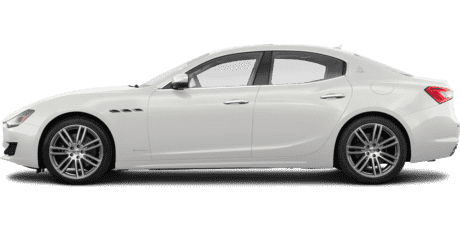 save over $3,400 on average off MSRP* on a new Maserati Ghibli