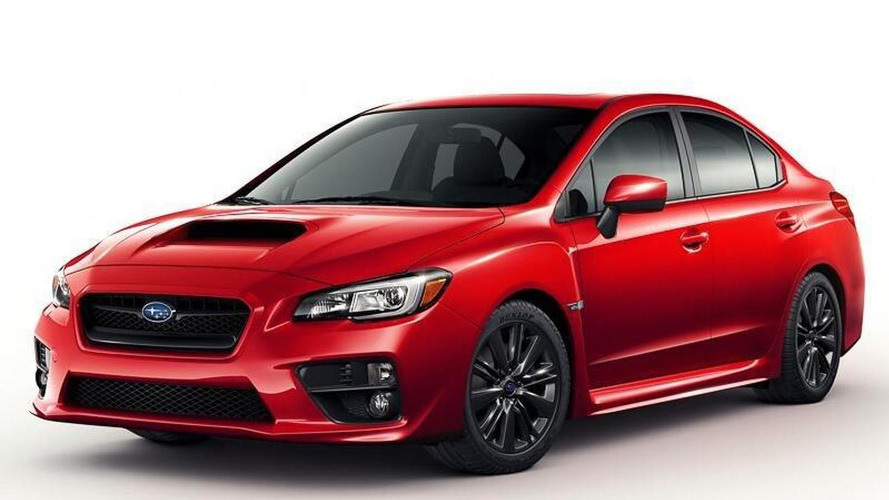 A couple of images allegedly depicting the 2015 Subaru WRX have surfaced the web, only a few hours after Subaru released a teaser.

A couple of images allegedly depicting the 2015 Subaru WRX have surfaced the web, only a few hours after Subaru released a teaser.

These two photos have not been confirmed to be legit at this moment but chances are they are since the front fascia is on par with the teaser photo. Even if these aren't one hundred percent accurate, the renders provide us with a pretty complete image of what to expect from the 2015 WRX which will be revealed later this month at the Los Angeles Auto Show.

While the WRX concept was stunning, the production version fails to be as impressive since it basically looks like a beefed up Impreza which isn't necessarily wrong but many of us were expecting more. Under the hood it will reportedly have a 4-cylinder, 2.5-liter engine developing at least 265 bhp (198 kW).

Expect to find out more very soon as we are getting closer to November 19 when the L.A. Auto Show will open its doors for the press.