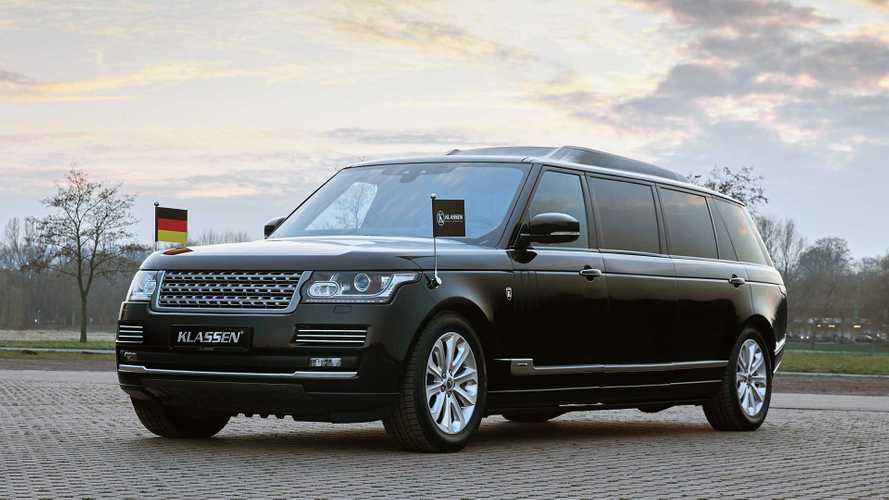 It's even equipped with bulletproof tires.

We've known Klassen as a company that converts Mercedes-Benz and Maybach vehicles from luxurious vehicles into more opulent state cars. One of such examples is the V-Class turned S-Class minivan, as well as the Mercedes Sprinter turned into a XXL luxury cocoon.

However, the German tuner isn't confined to Stuttgart brands alone. Among its catalog are brands like Lexus, Bentley, Rolls-Royce, and this – a Land Rover Ranger Rover Autobiography turned into a stately limo.

As you can see, Klassen, which literally means class, stretched a Range Rover to give extra interior space. The total added length to this Klassen Range Rover is 1,016 millimeters (40 inches) – the overall length becomes 6,215mm (245 in) while wheelbase length has been elongated to 4,136mm (163 in). With this, the Range Rover limo gains cabin space for four seats, which can be configured in pairs facing each other. If that's not your gig, customers can opt for just two seats for an almost infinite legroom – digital screen included.

But the best thing about the Klassen Range Rover limo isn't limited to its stretched body. The entire vehicle has level VR8 armor, able to withstand up to 7.62mm caliber bullets from a distance of 10 meters.

Bulletproof Escalade Is The Most Badass Security Vehicle Around

Even better, the vehicle is also fitted with a set of Klasse-developed bulletproof tires that guarantees mobility of up to 80 kilometers per hour (50 miles per hour), running to a distance of up to 50 miles.

Of course, as any Klassen-modified vehicle, the Range Rover XXL bulletproof limo doesn't come cheap. A full optioned sample can reach prices of up to 750,000 euros or $811,000 with the current exchange rates. But then again, money shouldn't be an object for a state car, especially considering the value of the person inside.