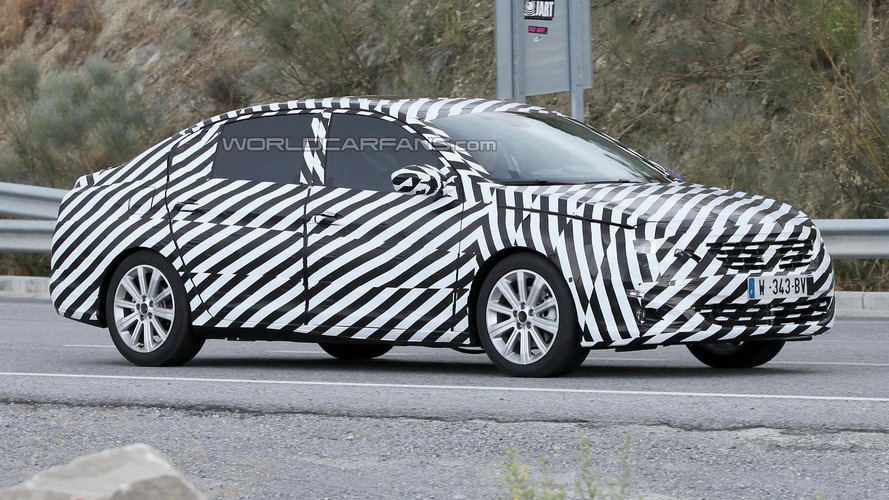 These are the first spy photos with the Peugeot 308 Sedan scheduled for a 2014 market release.

These are the first spy photos with the Peugeot 308 Sedan scheduled for a 2014 market release.

Several months ago, Peugeot unveiled the second generation of the 308 hatchback and now they are conducting testing on a sedan derivative which will probably see the light of day sometime next year. Set to receive the 308 Sedan (or 408) moniker, the prototype seen in these photos wears a lot of camo so we can't really tell if design will change aside from the longer rear overhang to provide a more spacious trunk.

The Peugeot 308 Sedan will probably be showcased next September at the Paris Motor Show before going on sale shortly after.