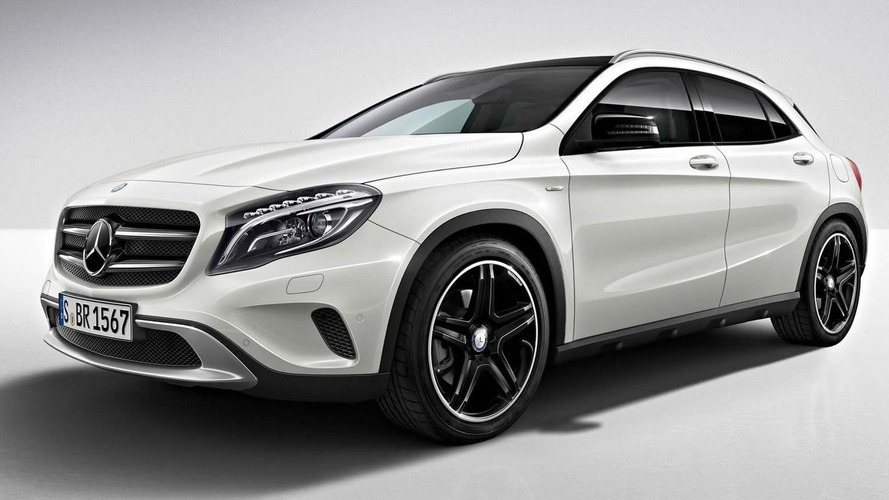 Mercedes-Benz is introducing a limited-run “Edition 1” of the recently unveiled 2014 GLA crossover.

Mercedes-Benz is introducing a limited-run "Edition 1" of the recently unveiled 2014 GLA crossover.

Recent Mercedes-Benz models such as the A45 AMG, CLA45 AMG and S-Class have received an Edition 1 and now the German marque is doing the same thing with its compact crossover. It will be available only for 12 months, with order books opening in November while deliveries kick off next March.

Available with any engine, the Edition 1 costs an extra 6,307 EUR and is not compatible with the optional AMG Package.