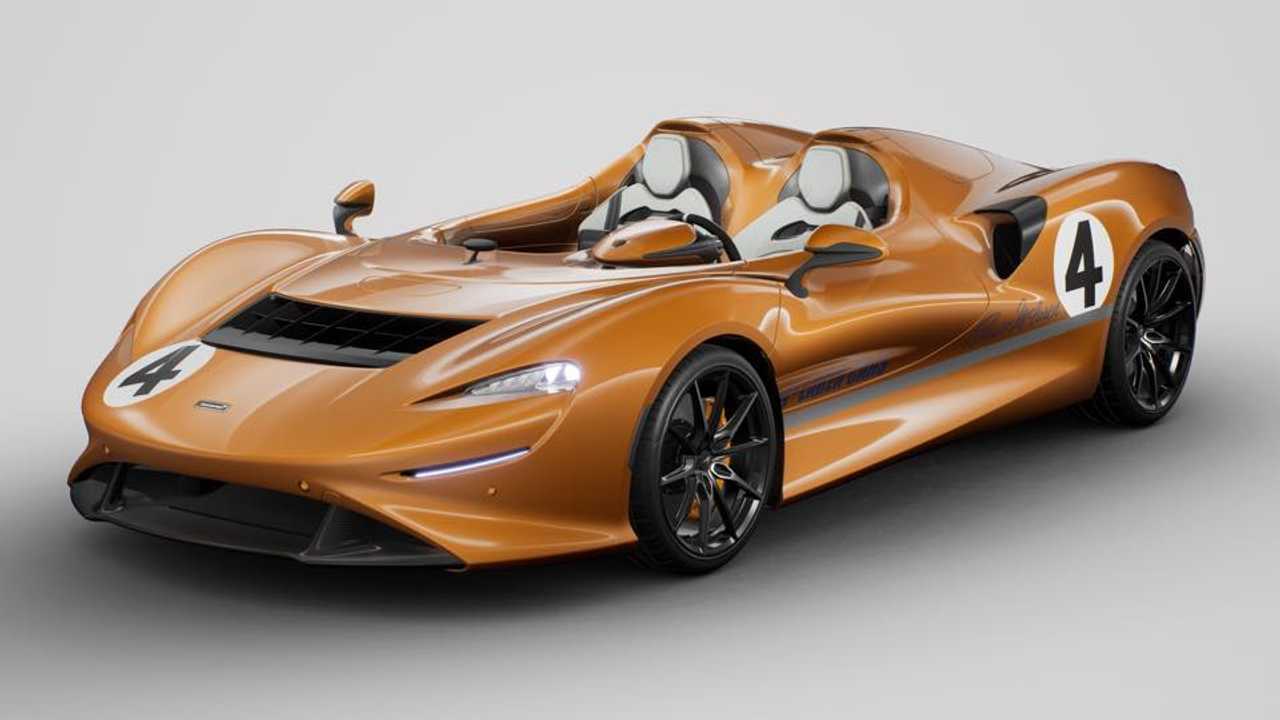 The livery is inspired by the M6A race car that triumphed in the 1967 Can-Am season.

You could paint the McLaren Elva in the most boring colors out there and it would still look great from every possible angle. The retro-flavored speedster with its sleek shape is unlike any other car from Woking before it, and while its appearance is futuristic, the windscreen-less supercar is actually a nod to the past. It takes after Bruce McLaren’s 1960s race cars, and this particular orange example is a tribute to the M6A developed for the 1967 season Canadian-American Challenge Series.

After paying homage to the M1A – the original McLaren race car from 1964 – MSO is now revisiting the company’s first orange car that triumphed in 1967 and kickstarted five consecutive Can-Am championship wins. Finished in Anniversary Orange, the Elva’s striking finish is contrasted by a subtle Dove Gray stripe and wears Bruce McLaren’s race number “4” along with his signature. Behind the 10-spoke black wheels are orange brake calipers, and there’s more of the eye-catching shade “inside” the cabin on the dashboard, center console, and doors.

If you’re wondering about the origins of McLaren’s attractive racing livery, it took after a Lola Can-Am race car finished in orange, but the hue gradually became lighter to what it is today. This modern-day reinterpretation of the M6A is a wonderful mélange of old and new, harkening back to the early racing days of the company while adopting an avant-garde design relevant for the modern era.

McLaren Elva Is A $1.69 Million Supercar With No Roof Or Windows

While the 1960s race car used a Chevrolet-sourced 5.9-liter V8 naturally aspirated engine with 525 horsepower, the Elva relies on a twin-turbo 4.0-liter V8 producing a meaty 804 hp. The latest member of the Ultimate Series is limited to 399 cars at $1.69 million a pop, and you can optionally order it with a fixed windscreen, but not with a roof or side windows.