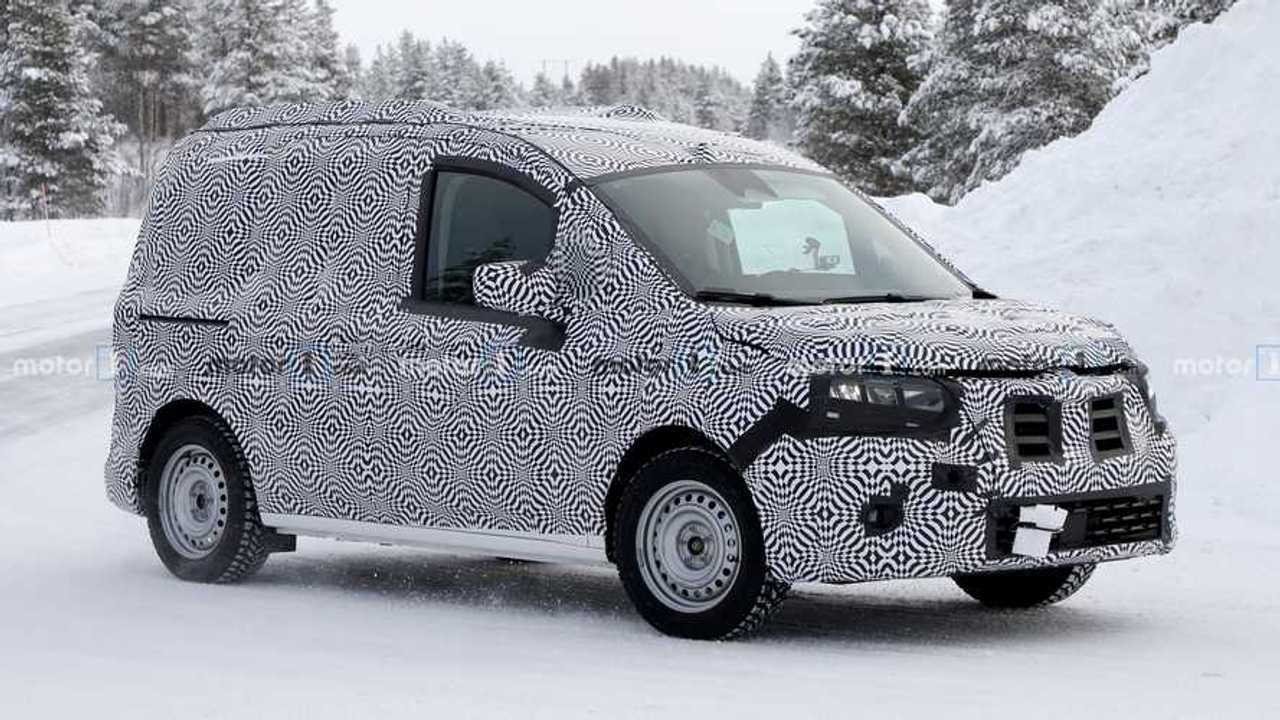 The least exciting vehicles are often very important for many automotive brands. Such is the case with Renault’s Kangoo light commercial vehicle, which is currently the brand’s best-selling LCV in Europe. The automaker is currently working to completely overhaul its compact workhorse and these are the latest spy photos showing the development progress.

There’s really not much to be seen as this prototype features the same amount of camouflage as the previous test car we spotted in January this year. From what we are able to see at this point, the new Kangoo will grow in size to better compete against the upcoming new Volkswagen Caddy and the Ford Transit Connect, which are among the best-selling nameplates in the segment.

Probably the biggest news here is that Renault is also working on a replacement for the zero-emission Kangoo Z.E., which will benefit from the company’s 10-year expertise in building electric vehicles. We expect a healthy improvement in terms of range between two charges over the first-gen model’s 110 miles (170 kilometers) measured by the NEDC standard. More power would also be warmly welcomed as the previous Kangoo Z.E. had just 59 horsepower (44 kilowatts).

New Renault Kangoo Spied With More Camo Than Before

We expect the diesel-powered Kangoo to remain the most popular choice among customers on the Old Continent, where compression ignition engines are still preferred for their low fuel consumption in this segment. Given that, a new and improved 1.5-liter dCi diesel engine seems like a must for the French LCV, together with a small turbocharged gas unit that will be available in some markets.