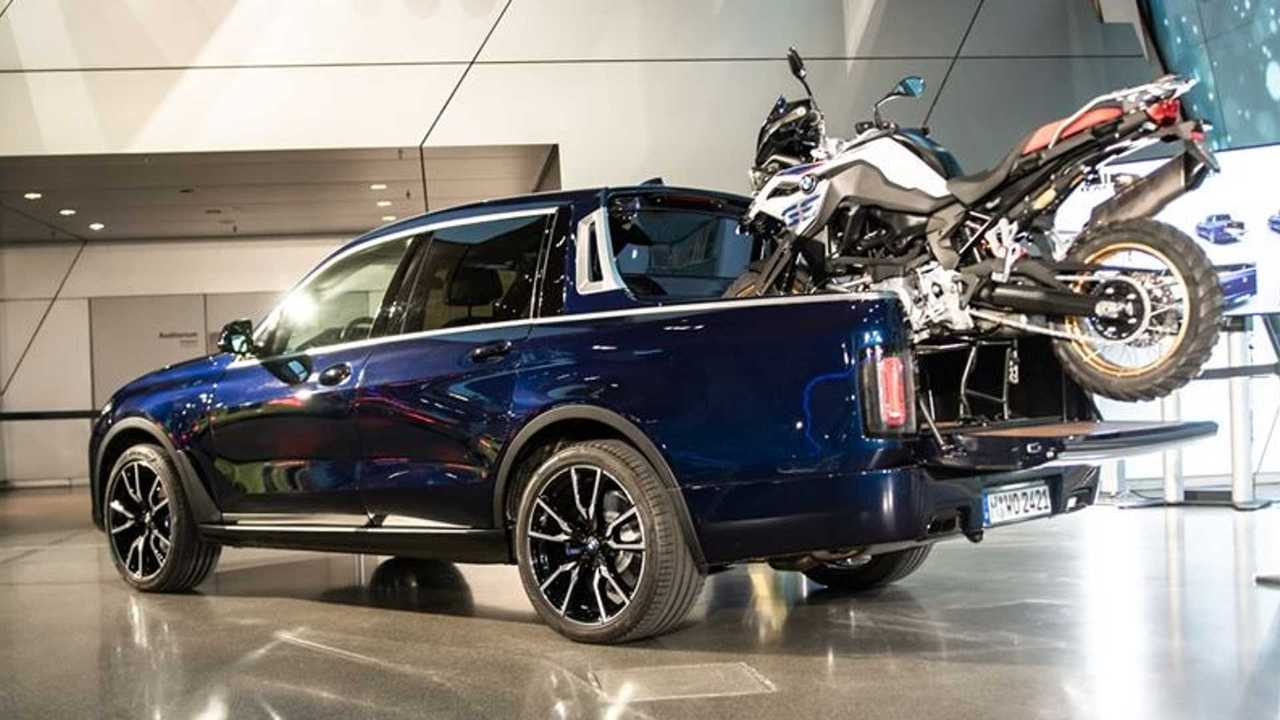 The official one-off truck is on display at BMW Welt.

Mercedes took a risky gamble with the Nissan Navara-based X-Class and it looks like it’s not paying off as rumors indicate the German luxury ute will be discontinued due to weak demand. BMW is adamant that a high-end truck is not on the company’s agenda, even though the company has engineered several one-off pickups throughout the years.

A follow-up to the E30 and E92 M3 pickups of yesteryear, the X7 Pickup is as real as it gets and now you can check it out in all of its double cab glory at the BMW Welt in Bavaria near the company’s headquarters. Much like in the official press images published back in July, the utilitarian vehicle based on the company’s largest SUV is showcased carrying an F 850 GS bike on its teakwood bed floor inspired by yachts.

Developed over the course of ten months by a dozen of trainees, the one-off X7 truck is 10 centimeters (3.9 inches) longer than the SUV it’s based upon while losing 200 kilograms (441 pounds) thanks to an extended use of carbon fiber reinforced plastic (CFRP). With the tailgate in position, the bed can swallow items as long as 140 centimeters (55.1 inches) or up to 200 cm (78.7 inches) once you put it down.

It started off as an X7 xDrive40i before becoming a pickup dressed in a fancy BMW Individual color known as “Tanzanite Blue Metallic.” It boasts a height-adjustable air suspension with two selectable levels making it easier to load and unload cargo. Inside, the cabin can accommodate up to five people in utmost comfort as you’d expect from a vehicle based on a flagship SUV.

While BMW and Audi are saying no to a truck, Hyundai and Kia are saying yes. The Alabama-built Santa Cruz will enter production in 2021 while a Kia pickup will be launched in 2022 or 2023. Needless to say, it would be a mistake to leave out the electric offerings in this segment, such as Tesla’s Cybertruck and Rivian’s R1T.