Our spy photographers first captured the 2021 Mercedes S-Class in 2017 when it was still wearing hand-me-down sheet metal. The camouflage luxury sedan has appeared around the world, but this time it’s appeared with a bit less camo than before. However, there’s a lot we still cannot see. The latest photos show the S-Class has lost the camouflage covering the hood, trunk, and greenhouse, exposing the A-, B-, and C-Pillars. 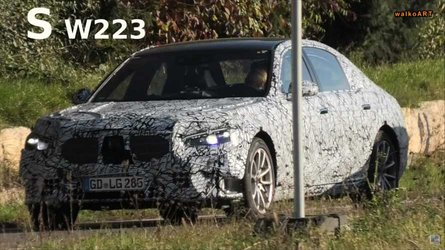 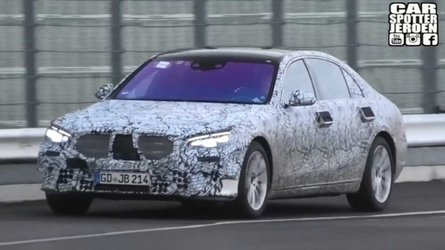 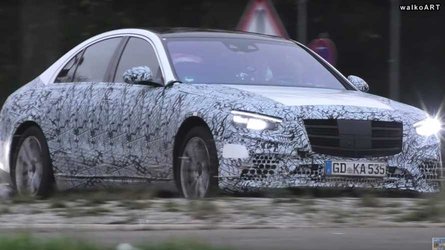 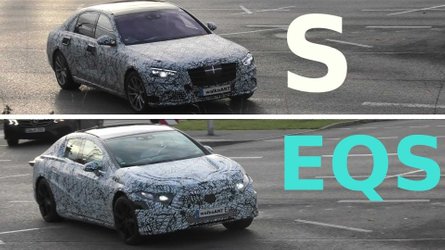 Sadly, the exposed metal doesn’t provide any new information about the sedan. However, there appears to be a bulge on the roof above the back window that doesn’t appear on other spied test mules. It could house the receiver for the satellite and terrestrial radio or other communication devices.

When the S-Class arrives, which should happen sometime next year, it’ll advance the current model's Distronic Active Proximity Control and Active Steer Assist systems. With the current car expected to achieve Level 2 autonomy with the Drive Pilot upgrade, the next car should arrive with advanced driver-assisted, semi-autonomous driving capabilities.

No next-gen Mercedes model would arrive without some sort of electrification, and the next S-Class is no different. It should build off the current S-Class hybrid’s, the S560e, turbocharged V6 engine and electric motor. A fully electric S-Class is likely, though not anytime soon. The S-Class presents a unique challenge to Mercedes engineers who have to find room for the batteries without compromising cabin space and luxury. If a fully electric S-Class arrives, it won’t happen until later in the model’s production life.

At this point, spy photos of the 2021 Mercedes S-Class aren’t that special. We’ve seen the automaker’s luxury sedan in various stages of development since 2017, and the new model still isn’t ready. Mercedes removing a bit of the camouflage at least hints at the possibility of a debut, even though it’s likely several months away. The next S-Class will remain at the top of the Mercedes portfolio, ushering in the brand’s electric and autonomous revolution over its lifecycle.