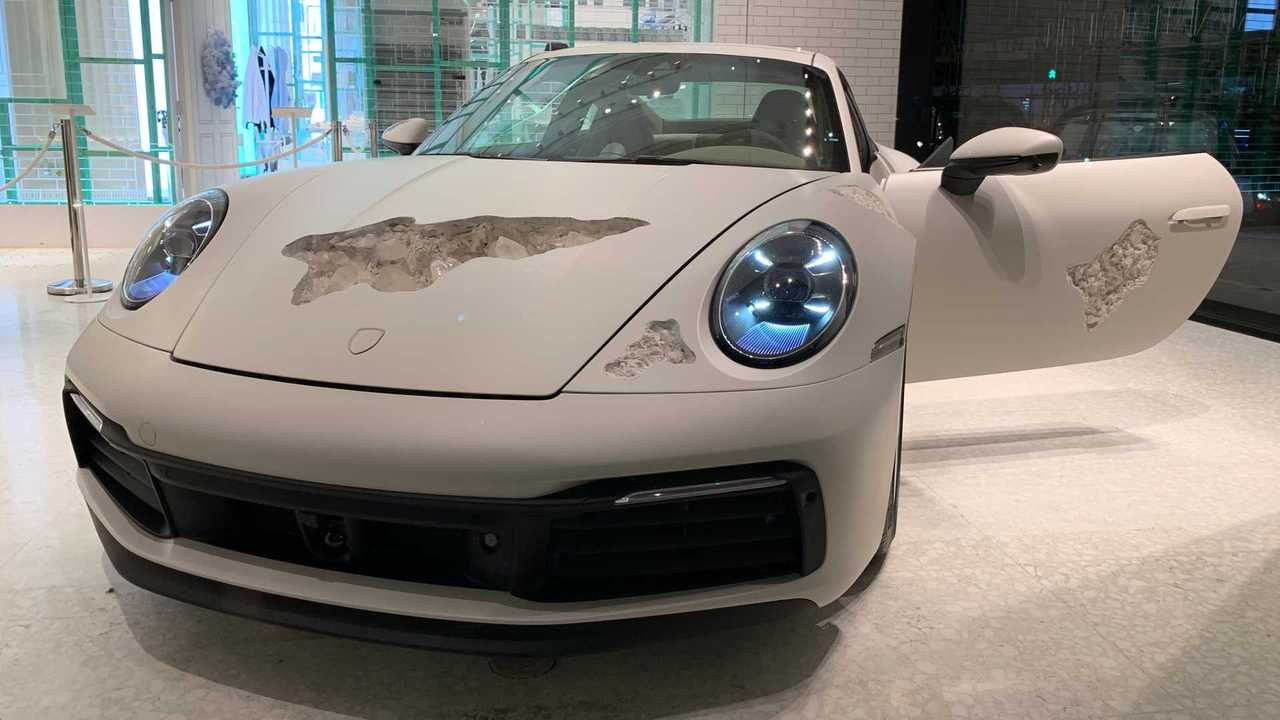 A Porsche 911 for someone that thinks the coupe needs more crystals.

When is a damaged Porsche 911 something special? Apparently, the answer is when artist Daniel Arsham is the one destroying the bodywork by adding something unique. His style goes far beyond taking a hammer or saw to the body. Instead, Arsham uses a crystal erosion technique that adds a sparkling, rough finish to the alterations of the exterior. The result is a weird, yet eye-catching appearance.

Arsham removes sections of the body and replaces them with roughly hewn pieces of crystal. The spots include a large section of the hood, fenders, doors, and rear bumper. To match the appearance, the vast majority of the body is white, including the wheels, except for skinny pieces of black trim. The crystal alterations don't extend to the cabin.

Have A Look At Some More Traditional 911 Modifications:

The changes are purely cosmetic, so there's nothing stopping a driver from taking this Porsche on the road, according to the DuPont Registry. It's not clear what Arsham intends to do with this car, though. Since there's nothing preventing driving this 911 on the street, we imagine the model could end up in someone's garage eventually.

The eroded Porsche is currently on display at the Selfridges department store in London as part of an exhibit called The House by Daniel Arsham. The idea is to imagine the family home from the year 3019. It includes a variety of his fashion and decorative goods for sale. The shop indicates that the car is on display there through Christmas, so if you're in the area, check it out.