Update: The livestream is over but you can rewatch the action at the video above. An article with details on the new MX-30 is here. 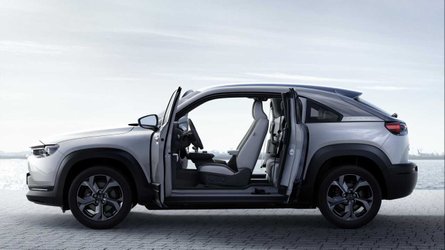 Mazda sold the MX-3 between 1991 and 1998, but the MX-30 we are about to see live from the Tokyo Motor Show has absolutely nothing to do with four-seater sports coupe. That’s because it’ll take the shape of a crossover set to go down in history as the company’s first mass-produced EV. It will follow the 2012 Demio EV (Mazda2 in Japan), which was a shy attempt from Mazda to embrace zero emissions as very few cars were built and all were available only with a lease.

Back to the MX-30 at hand, an official image of the electric crossover has escaped onto the Internet, rendering Mazda’s unusually long teaser campaign a bit useless. The coupe-like roofline promised by the Japanese marque is immediately noticeable, while that “unique door concept” mentioned in the press release appears to be referring to suicide rear doors akin to the RX-8.

We’re not seeing any visible door handles for the rear doors, which could mean those are accessible only after opening the front ones. Some will be tempted to say the implementation of suicide rear doors also suggests the crossover doesn’t have a B-pillar, but we’ll have to wait and see about that as we’re not sure that will be the case.

Other noteworthy design cues include a front grille visibly slimmer than what production Mazda models have and the top edge of the nose that appears to stick out from the body. Nearly square wheel arches lend the MX-30 a somewhat rugged look, while the small rear doors indicate the vehicle’s size will likely be compact. 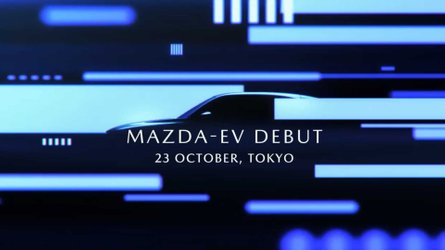 New Mazda EV Teaser Reveals It Will Be A Crossover
⠀ 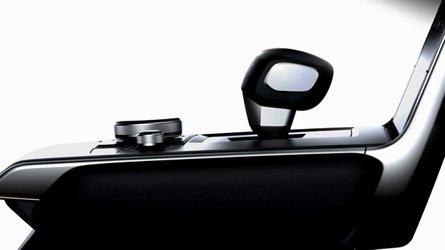 Mazda Electric Vehicle Teaser Takes A Peek Inside The Cabin

Following the concept’s debut in Tokyo, the production version will be unveiled in 2020 and chances are it won’t stray away too far in terms of exterior design since the showcar looks almost ready to hit the assembly line.

Even though Mazda is embracing EVs, it’s not giving up on combustion engines just yet. The SkyActiv-X aims to combine the smoothness of a gasoline unit with the torque and fuel economy of a diesel, while the rotary engine (SkyActiv-R) is coming back as a range extender. In addition, Mazda is working on a new ultra-frugal diesel it will release in 2020.

Meanwhile, the MX-30 will premiere today at 10:20 PM Eastern or tomorrow morning at 2:20 AM GMT if you're reading us from Europe.