The smaller of the two Genesis SUVs has been caught at the Nürburgring.

[UPDATE, October 17] 12 new spy shots have been added at the beginning of the gallery, below.

Hyundai decided to put Genesis on the luxury car map with a trio of sedans, but just about everyone knows that crossovers and SUVs are in high demand right now. Better late than never, the GV80 will make its first appearance before the year’s end and go on sale early 2020 as part of a model onslaught that will include six models by 2021. One of them is going to be this – the GV70.

With the bigger GV80 expected to be mechanically related to the G80 sedan, chances are the GV70 will adapt the oily bits from the G70 if we were to use the same logic. The second SUV to carry the Genesis badge has now been spotted at the Nürburgring with the full production body, albeit the final taillights are missing as the prototype only had tiny provisional clusters. Nevertheless, the cutouts in the tailgate and quarter panels practically reveal the shape of the production-ready rear lights.

How do we know it’s the GV70 and not its bigger brother? The dead giveaways would have to be the slightly smaller greenhouse and the gently sloped roofline, while prototypes of the GV80 did not have those slightly angled vertical exhaust finishers. Up front, the front bumper’s vents appear to be different and the grille’s pattern has a dark finish, although that might be because of a different trim level. 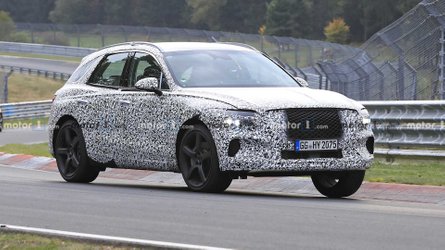 Since the prototype was caught in high-speed action at the ‘Ring, our spies were not able to take a peek inside the cabin. However, right away we can tell you the roll cage and front Recaro seats won’t be installed on the production model since this sort of equipment is only used during the testing phase when automakers fine-tune the vehicles before putting them on the assembly line.

Underneath the hood, we’re expecting to find the same engines available in the aforementioned G70 sedan. A turbocharged 2.0-liter four-cylinder with 252 horsepower and 260 pound-feet (353 Newton-meters) of torque will likely be found in the base version, with a bigger twin-turbo 3.3-liter to push out a healthy 365 hp and 376 lb-ft (510 Nm) in the more expensive models. It will be interesting to see whether the South Korean premium brand will sell the GV70 with a choice between rear- and all-wheel drive like it’s doing with the sedan or it’ll go AWD-only due to the model’s SUV nature. 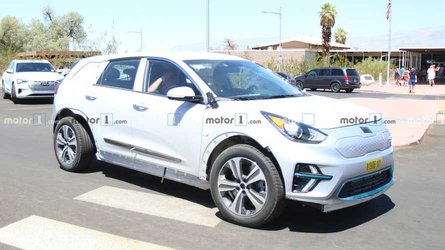 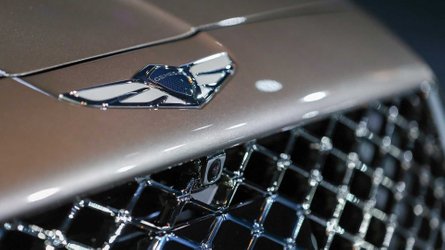 Genesis’ belated answer to the Audi Q5, BMW X3, and Mercedes GLC has already been confirmed for a 2021 launch. Meanwhile, the bigger GV80 could possibly debut as early as next month at the Los Angeles Auto Show.