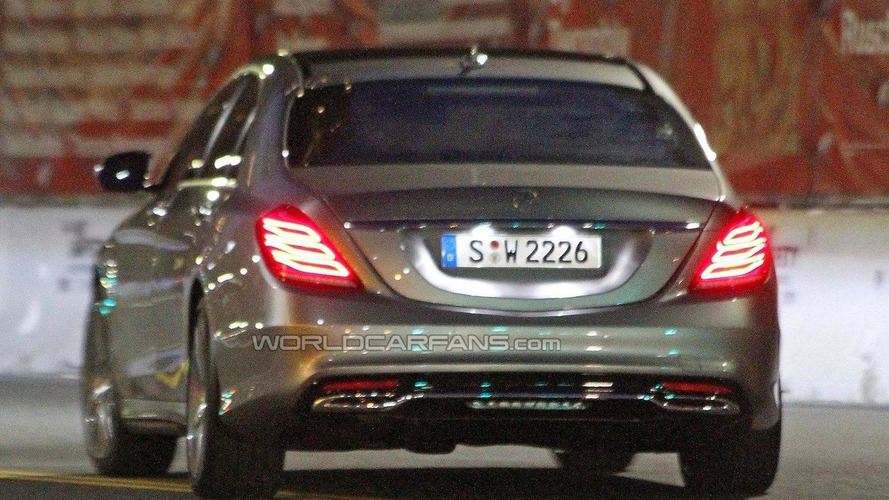 The plug-in hybrid version of the new S-Class was confirmed during a media presentation which showed the user interface system sporting an "E Drive" mode.

The plug-in hybrid version of the new S-Class was inadvertantly confirmed during a media presentation which showed the user interface system sporting an "E Drive" mode.

There were many rumors about a new hybrid S-Class and now we know for sure the next-gen model will be offered in this flavor. During a media presentation organized in Sindelfingen, Germany, the S-Class' user interface system was showcased and the TFT instrument panel showed an "E Drive" mode together with a battery usage gauge. It also had a graphic drivetrain schematic with an electric motor located behind the regular engine, while the battery pack was mounted in the boot.

We will have full details on May 15 when Mercedes-Benz will officially reveal the new S-Class at an event in Hamburg. As a reminder, the car will be offered in three wheelbase lengths, along with a coupe and a convertible.