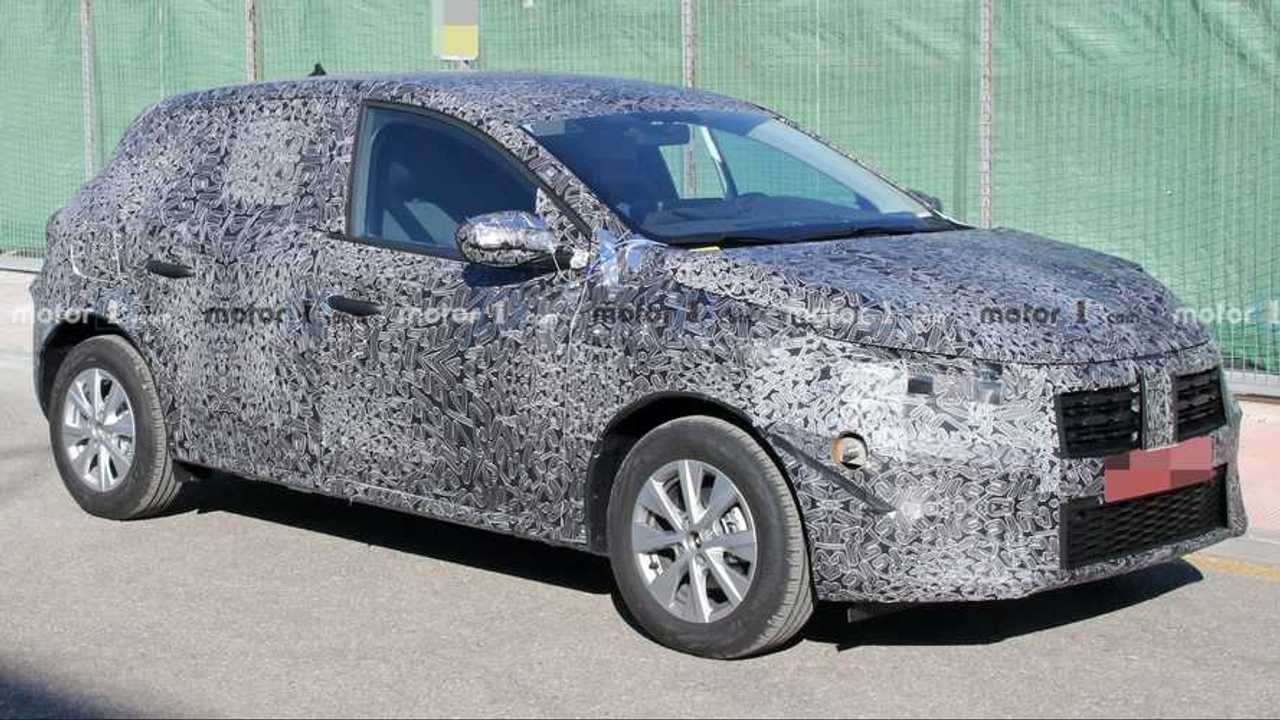 Love it or loathe it, the infotainment will be one of those tablets.

The second generation of Romania’s affordable supermini made its debut back in 2012 before receiving a mid-cycle facelift in the second half of 2016. It’s almost the end of the decade, so it comes as no surprise that our spies have now caught a prototype of the all-new model dipped in camouflage to conceal what looks to be a more upscale design.

The cheaper version of the new Renault Clio appears to have not only entirely new body panels, but also fully redesigned headlights and taillights. Upon closer inspection, we also notice those old-school door handles of the outgoing Sandero have finally been ditched, while the fuel cap has a rather interesting shape. Another sign pointing towards a significantly modified body is noticeable if you look at the different cutout of the rear doors, which consequently means the greenhouse has also been changed.

That blue wire sticking out from the hood is likely connected to a measuring instrument as we can see the cable goes inside through the gap in the passenger door. Corroborated with the fact the exhaust doesn’t appear to be the final setup, we are inclined to believe Dacia was testing a new engine for its small hatchback.

While images providing a full view of the interior are not available in this initial batch, in some of them we do notice the infotainment system shaped like a tablet that sticks out from the center console. Dacia’s current infotainment has been around for quite a while, so we’re hoping this is actually a new system rather than the old one in a new format.

Dacia’s parent company Renault has already announced the revamped Sandero will make the switch from the outdated B0 platform to the CMF-B architecture that also underpins the latest Clio. However, it won’t be the exact same hardware as Dacia’s model will use a low-cost version to keep the price down as much as possible.

As it’s the case with many of the Clio versions, the Sandero will come with glorious rear drum brakes that are easily noticeable on this prototype. Depending on the engine, the gasoline ones will be hooked up to a five-speed manual while the diesels will be mated to a six-speed manual. If by any chance Dacia will offer the TCe 130 unit, it will come with the seven-speed automatic, but again, we wouldn’t get our hopes up too high.

The overhauled Dacia Sandero and its Logan sedan sibling will debut in 2020, either at the Geneva Motor Show in early March or late September in Paris. A rugged Stepway version with crossover traits should follow shortly.