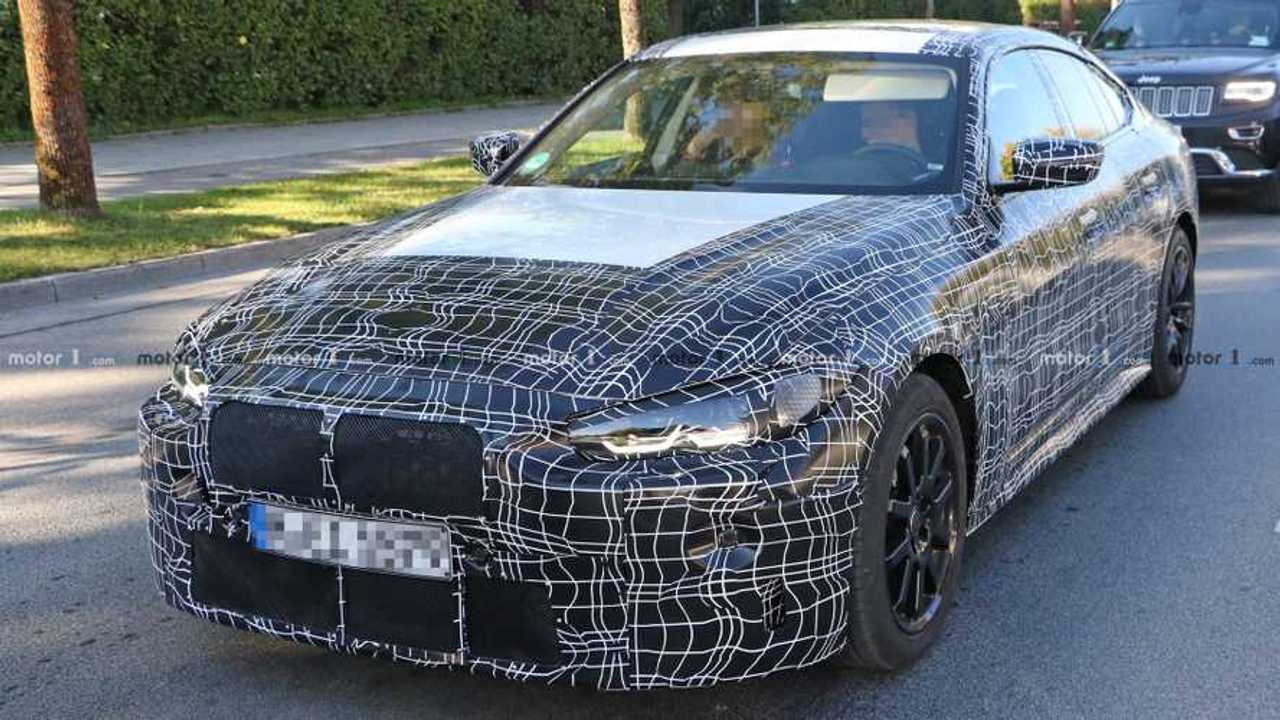 It looks a lot like the upcoming i4 EV but it's vastly different at the same time.

[UPDATE, September 16] 12 new images have been added at the beginning of the gallery, below.

After seeing all other iterations of the next-generation BMW 4 Series out testing (see the related links below the gallery), the time has finally come to take a look at the most practical of them – the 4 Series Gran Coupe. These are the first spy shots of the new model and it’s already wearing its production body, headlights, and taillights.

This prototype might fool you into believing this is the i4 but the truth is the mule is powered by a combustion engine. The obvious similarities with the upcoming all-electric vehicle are due to the fact that the two will be underpinned by the same CLAR modular architecture, which allows for use of gasoline, diesel, plug-in hybrid, and electric powertrains.

Getting back to the prototype at hand, it was spied on a transport lorry together with other BMW test cars. It was covered with a thin layer of camouflage wrap hiding some of the exterior design details but it’s more than clear that it will share its front fascia design with the rest of the overhauled 4 Series range.

As far as the oily bits are concerned, it’s probably a safe guess that the four-door model will share its powertrain range with the coupe and convertible models, too. Most likely, depending on the market, you’ll be able to buy it with four- and six-cylinder diesel and gasoline turbo motors, mated as standard to an eight-speed automatic transmission. A plug-in hybrid version should also be in the cards.

See The Development Of Future BMWs:

Some sources suggest the new generation 4 GC might get a full-blown M version. Take this information with a grain of salt, but if it turns out to be correct, the stylish sedan will benefit from a 3.0-liter turbocharged inline-six with 473 horsepower (352 kilowatts) in the standard tune or 503 hp (375 kW) for the Competition trim.