The report says Rimac could sell Bugatti a rolling chassis with batteries.

Is Bugatti developing an SUV? Well, that depends on who you listen to. According to Bugatti boss Stephan Winkelmann earlier this year, the answer is no, Bugatti won’t develop an SUV. However, for some reason, rumors continue to persist that such a vehicle is coming. And a new report from Automobile is only fueling the rumor mill as it suggests the development of a Bugatti SUV is not only possible but that it could borrow the EV technology from Rimac, the Croatian performance EV brand. 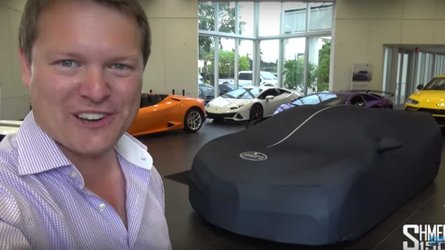 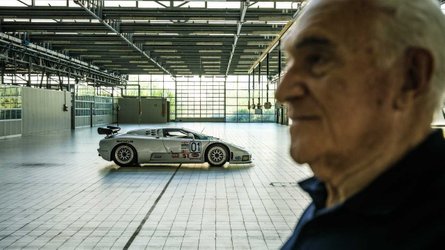 Last month, VW Group CEO Herbert Diess visited Bugatti’s Molsheim, France headquarters, “presumably in an effort to help chart the marque’s future,” according to the publication. We know Winkelmann is eager for a second product, and for as much as Winkelmann may not want a crossover because it wouldn’t be brand-appropriate, what Bugatti wants and what Bugatti gets could be wildly different.

Automobile’s report goes on to detail that Edag could help develop Bugatti’s all-electric crossover with Magna handling production. Allegedly Bugatti also reached out to Rimac through its connection with Porsche. Unnamed sources told the publication Rimac would be willing to sell its 1,850-horsepower (1,379-kilowatt) C_Two rolling chassis to the French automaker including the batteries. Automobile concludes Bugatti would plan to sell approximately 600 crossovers with the price tag starting at $850,000. Models exceeding seven figures would be possible.

While Bugatti’s exclusivity is part of its allure, the company isn’t slowing down. Last month, the company celebrated producing its 200th Chiron with orders booked through the end of 2021. There are also rumors the company is preparing to unveil a special model – possibly a spiritual successor to the EB110 SS – at The Quail gathering during Monterey Car Week this month. Whatever Bugatti and VW Group decide as to the company’s next vehicle, you can bet that it’ll retain the French automaker’s penchant for exclusivity, luxury, and performance.