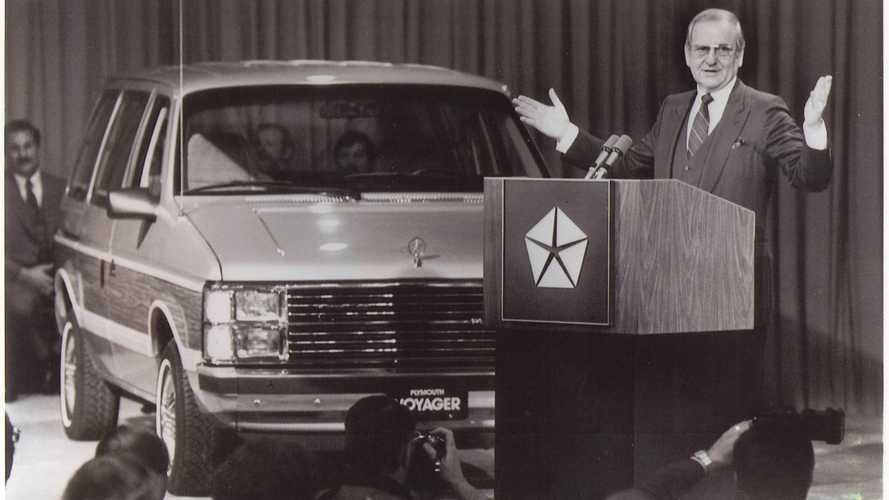 The godfather of the Ford Mustang has passed away due to complications from Parkinson's disease.

It is with great sadness that we inform you of the passing of Lee Iacocca caused by complications from Parkinson’s disease, according to his daughter Lia Iacocca Assad. Born in Pennsylvania, the U.S. auto industry executive died at the age of 94 at his home in Bel Air, California. He will go down in history as being the driving force behind the original Ford Mustang, which turned out to be an immense commercial success despite the small budget available during the development phase.

After his effective marketing campaigns in the late 1950s like the “56 for ‘56” followed by the original pony car in the 1960s but also the disastrous Pinto of the early 1970s, he switched teams by heading to Chrysler where he played a pivotal role in saving the company that was hemorrhaging money. Originally turned down by Ford, his idea for the “Mini-Max” project came into being in 1983 with the launch of the Dodge Caravan and the Plymouth Voyager minivans. Coincidentally, it was only a few days ago when Chrysler announced plans to dust off the “Voyager” nameplate for the base Pacifica minivan.

Thanks to the success of the people-movers corroborated with the K-cars lineup and the reforms implemented to drastically cut costs, Chrysler got back into shape and was able to pay back the government-backed loans earlier than planned. Speaking of the K platform, it represented a major departure from what the company had been doing by adopting a front-wheel drive layout with a transverse engine, along with a front independent suspension and a rear semi-independent suspension. Relevant models included the Dodge Aries, Chrysler LeBaron, Dodge 400, and the Plymouth Reliant – with combined sales exceeding two million units until the 1989 final model year.

Fiat Chrysler Automobiles has issued a press release regarding the passing of Lee Iacocca, saying “he was one of the great leaders of our company and the auto industry as a whole. He also played a profound and tireless role on the national stage as a business statesman and philanthropist.” You can read FCA’s full statement in the press release area attached at the end.

While he was at Chrysler, Lee Iacocca was directly involved in the purchase of AMC’s Jeep brand, but also Lamborghini and other companies. At the end of 1992, he retired as chairman, CEO, and president of Chrysler.

He Was One Of The Most Influential Figures In The Auto Industry:

FCA Statement Regarding the Passing of Lee Iacocca

July 2, 2019 , Auburn Hills, Mich. - The Company is saddened by the news of Lee Iacocca's passing. He played a historic role in steering Chrysler through crisis and making it a true competitive force. He was one of the great leaders of our company and the auto industry as a whole. He also played a profound and tireless role on the national stage as a business statesman and philanthropist.

Lee gave us a mindset that still drives us today – one that is characterized by hard work, dedication and grit. We are committed to ensuring that Chrysler, now FCA, is such a company, an example of commitment and respect, known for excellence as well as for its contribution to society. His legacy is the resiliency and unshakeable faith in the future that live on in the men and women of FCA who strive every day to live up to the high standards he set.