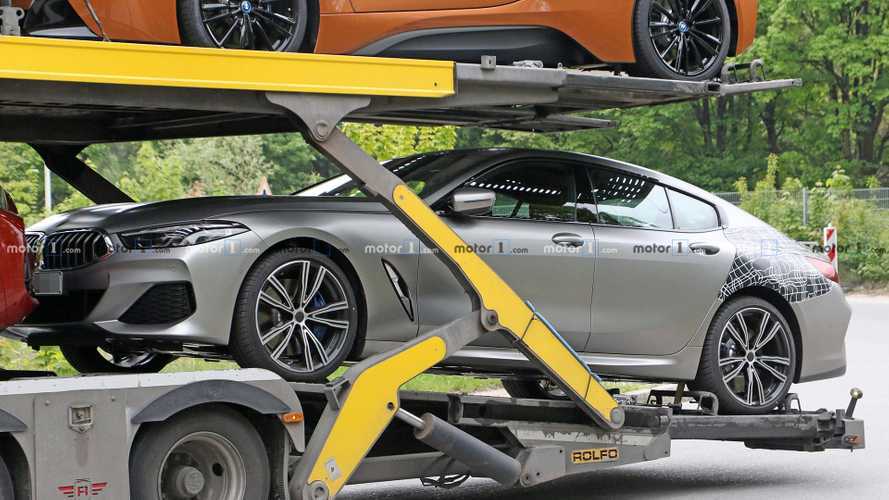 There's only a little camouflage on the rear deck.

The BMW 8 Series Gran Coupe is the upcoming sedan that acts as the spiritual successor to the 6 Series Gran Coupe, and these spy shots catch the four-door in practically no camouflage, except for a little concealment on the rear fenders and trunk lid.

The 8 Series coupe's sharply creased lines make an attractive transition onto the sedan. The front end looks largely similar to the coupe, but the company extends the body starting from the A-pillar to create a flatter roofline while maintaining a relatively sleek silhouette by having it slope downward over the rear seats. The result is attractive, but tall occupants might be cramped in the back. Judging from the bumper, this one seems to be the V8-powered M850i trim.

BMW's official teaser indicates that the 8 Series Gran Coupe debuts in Munich at the end of June. Sales in Europe begin in September, but American customers for the sleek sedan might need to be a little more patient for them to start coming across the Atlantic.