Classic car owners, beware - the HOA is after you.

For those of you, who don’t live in the United States, the term Homeowners association (HOA) might be entirely new. According to Wikipedia’s description, it’s “a private association often formed by a real estate developer for the purpose of marketing, managing, and selling homes and lots in a residential subdivision.” Its most important function, however, is to oversee and control neighborhoods and make sure people there live comfortable and in peace. In the automotive world, it’s known as the worst enemy of custom projects and vintage cars.

If you don’t believe us, just ask Andy Lipka – a classic cars fan driving a 1965 Ford F250 pickup as a daily ride. The truck still rides well after all those years and has a distinctive, patina-rich paint job that Lipka actually loves. “It's not damaged, it's the way the finish has evolved over the years,” he says. 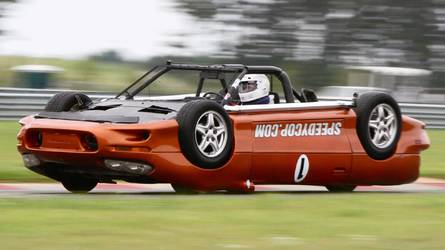 Apparently, that’s exactly the problem as the bylaws of the HOA in his Chesterfield neighborhood state says that bad-looking cars or vehicles with "moderately severe body damage" can't be parked in the driveway. The HOA actually hates Lipka’s truck and is suing him as he is parking his truck in the driveway - his garage houses two other vehicles. The proud owner says his four-wheeled love does not have body damage – the paint is still original and that’s how a 54-year-old truck looks like.

So far, Lipka has been fined nearly $3,000 and is facing even more serious threat. In fact, the lawsuit “also implicates my house,” Lipka says, adding that “they want to foreclose on my house.” In response to News 4 investigation, an attorney for the Chesterfield HOA stated that "the association is asking the court to enforce its covenants, which Lipka agreed to follow and was aware of prior to purchasing his home."

Of course, Lipka has filed a countersuit – if a judge decides in his favor, all fines will remain in the past.