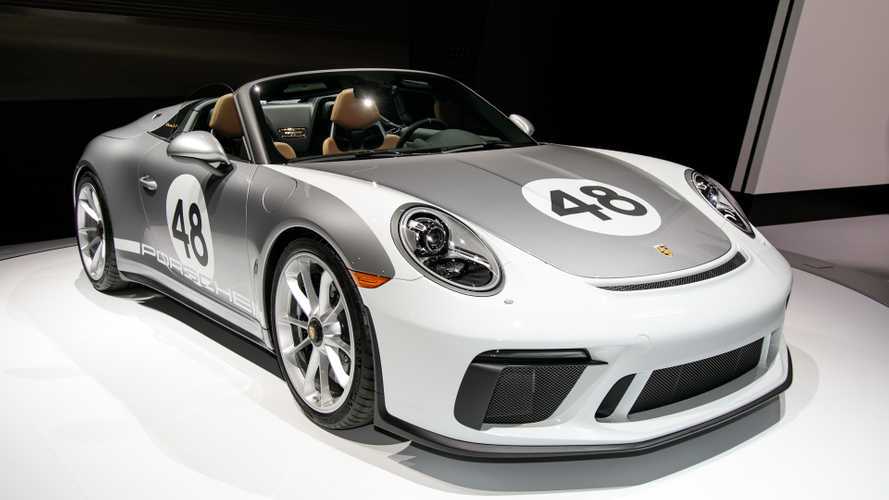 The timeless Speedster shape looks better than ever.

It’s been nine long years since we had a Porsche 911 Speedster to drool over, but the wait was worth it. Stuttgart’s finest pulled the covers off the 2019 911 Speedster this evening ahead of its premiere at the 2019 New York Auto Show, and well, just look at it.

As you can see, the reborn speedster isn’t based on the latest 911. We knew it wouldn’t be, and that’s okay with us because underneath the smooth shape exists the bones and heart of the 911 GT3. The chassis is derived from the hardcore 911 and features specifically calibrated rear steering with dynamic engine mounts. The 4.0-liter flat-six spins to 9,000 rpm, generating 502 horsepower (374 kilowatts) with help from enhanced individual throttle bodies for improved throttle response. Perhaps best of all, the only transmission option is an old school three-pedal arrangement and a manually operated lever to navigate the six-speed gearbox.

The Speedster also benefits from a weight reduction. For starters, raising and lowering the fabric soft top is a hands-on, manual affair – only the latches holding it up are electrically operated. The front fenders and boot lid are carbon fiber, as is the rear deck. Both fascias are polyurethane, and behind the 20-inch center-lock wheels are ceramic composite brakes, which Porsche says is half the weight of a standard cast iron arrangement. Aside from the hands-on joy of shifting gears, the six-speed manual saves nine pounds over the seven-speed, and 40 pounds over the dual clutch box. Porsche even nixes air conditioning, though buyers can add it back if they really want.

New York Is The Place To Be:

The result is a seriously fast, undeniably sexy Porsche that weighs 3,230 pounds and can hit 60 mph in 3.8 seconds. Top speed is 192, but even sitting still the Speedster looks like it’s slicing through the air. The perspective inside the car is pleasing as well, with the requisite red contrast stitching and Speedster-embossed headrests. Porsche will even sell Speedster owners a cool matching watch.

Pricing isn’t revealed for the Speedster, but it wouldn’t be cheap even if Porsche planned to build more than 1,948 models. The order banks for this special supercar open in May, with deliveries expected by the end of the year.