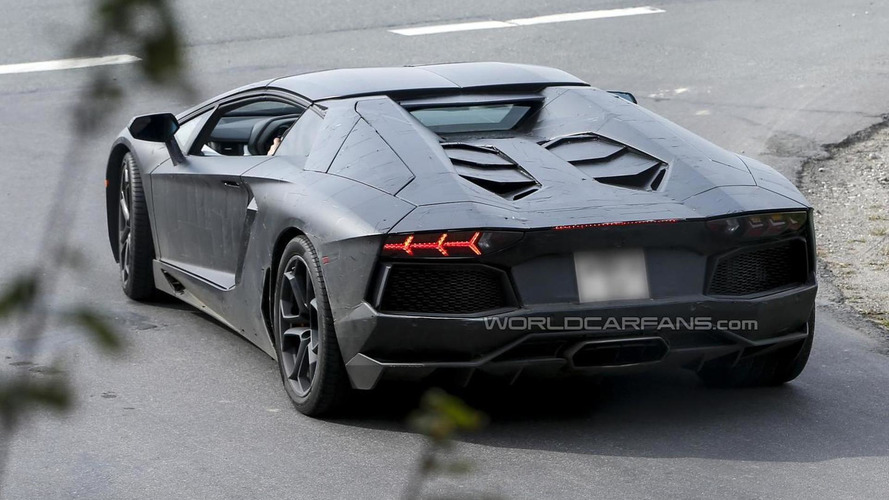 The upcoming Lamborghini Aventador Roadster has been spied once again while undergoing some testing in Germany.

These are the latest spy photos with the upcoming Lamborghini Aventador Roadster that was previously confirmed by the EPA last year. The pictures were taken in Germany while a prototype was undergoing some testing and we can see that the engine cover has remained pretty much the same, meaning that the roof won’t probably retract into a rear compartment. This means that the driver will still have to get out of the car and manually remove or install the roof which will fit in the storage compartment at the front.