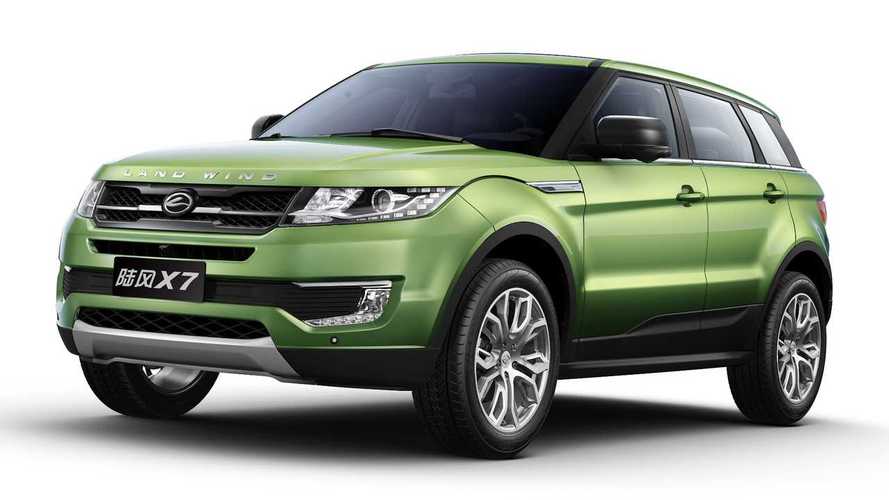 The Evoque-resembling Landwind X7 will have to cease production immediately.

For years Chinese automakers have ripped off the designs and ideas of established car manufacturers from elsewhere in the world. Somehow they've always got away with it too, until now.

Jaguar Land Rover has won a landmark case against Jiangling Motor Corporation after a court in Beijing ruled that the Chinese firm's Landwind X7 SUV bore too much of a resemblance to the Range Rover Evoque.

According to The Guardian, five specific areas of the car were highlighted in the case, although not the price – the Chinese copycat costs just a fraction of the Range Rover Evoque's base price.

Now that the three-year court case is over, Jiangling Motor Corporation will have to pay an as-yet undefined compensation figure to Jaguar Land Rover, and cease production of the Landwind X7 immediately.

A Closer Look At The Landwind X7:

"We welcome this decision of the Beijing court, which further strengthens our confidence in investing in China and in the fairness of intellectual property adjudication in the Chinese courts," said Keith Benjamin, JLR’s head of legal. "This ruling is a clear sign of the law being implemented appropriately to protect consumers and uphold their rights so that they are not confused or misled, whilst protecting business investment in design and innovation."

Now that a western carmaker has won a case against a Chinese manufacturer, it could open the floodgates for similar cases to be brought forward.

Porsche for one was thought to be considering legal action against Zotye back in 2016 after it claimed the Chinese company's T700 had copied the Macan.

Coincidence? I Think Not