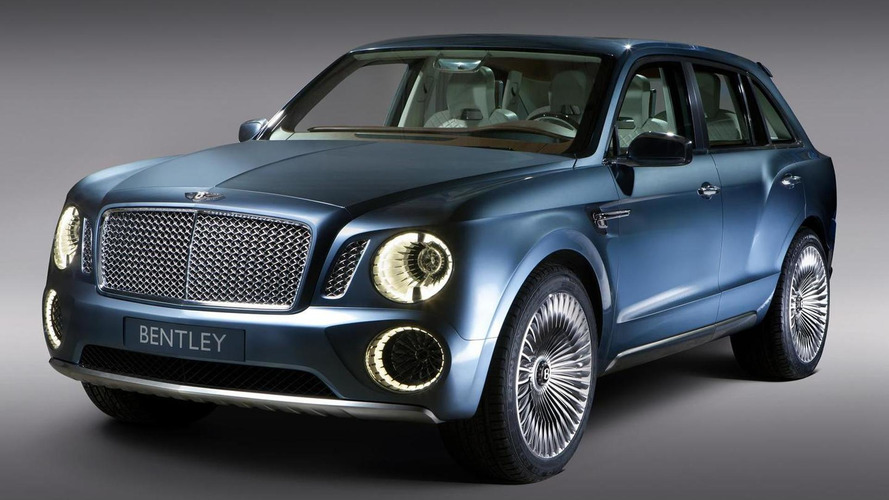 While the company has not officially confirmed the model will be produced they have revealed a couple of powertrains that are under consideration.

Making its Asian debut at the 2012 Beijing Motor Show, further specification details were announced for the EXP 9 F SUV concept. Although the company has not officially confirmed the model will be produced, they have revealed a couple of powertrains that are under consideration.

One powertrain that is certain to be part of the line-up is the company's flagship 6.0-liter W12 engine which develops 600 hp (447 kW / 608 PS) and 800 Nm (590 lb-ft) of torque. The 4.0-liter V8 unit that recently debuted in the Continental will likely be in the mix and they are also considering a ground breaking V6 plug-in hybrid. The latter will be a first in the luxury segment and would potentially travel up to 30 km (19 miles) in all-electric mode while possessing a 0-100 kph (0-62 mph) acceleration time of under 5 seconds.

One area that the Bentley SUV concept has not been ground breaking is the design of the vehicle. The criticism has been pretty universal which has lead to executives ordering a total redesign before it hits production.