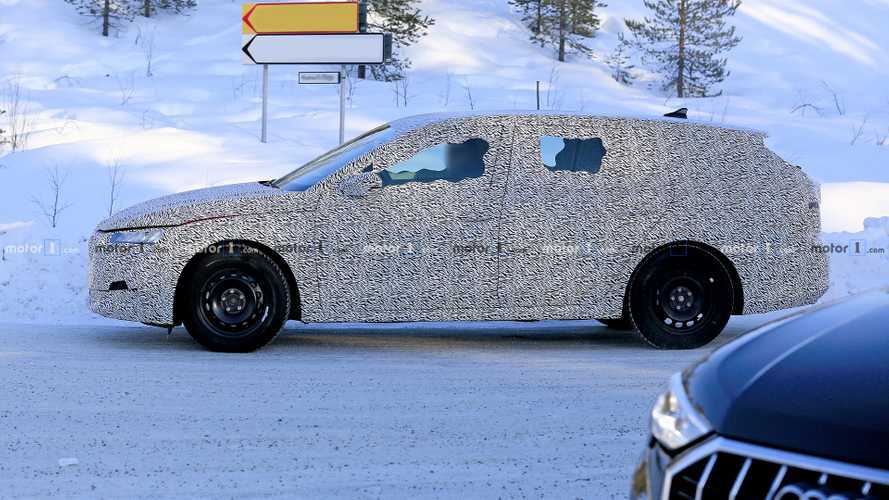 The cutout in the camouflage on the windows looks comical.

Caught on camera back in June 2018 when it was only a test mule, the fourth-generation Skoda Octavia is making the headlines once again courtesy of fresh spy shots taken in Finland. These are much better than the original set since the car you’re seeing here has evolved to prototype status and it appears to have the full production body. We can already see the relatively slim LED headlights, which many of you will be happy to hear don’t have the controversial split design of the current Octavia III facelift.

It may be because of the camouflage, but the car appears to be even larger than the current generation of the Combi, which is already one of the biggest models in its class. The black steel wheels lacking hubcaps don’t do the Octavia IV any justice, while the extensive amount of camouflage does a good job at hiding the design. We can, however, catch a glimpse of the taillights – already looking different since they extend onto the tailgate unlike on the model you’ll find today at any Skoda dealer.

As a side note, our spy photographers have told us the person behind the wheel of the latest-generation Audi Q3 was part of the Skoda test group and was trying to block their view, but as you can see, he wasn’t very successful in his endeavor. While we can’t have a look inside, the Scala compact hatchback and the Euro-spec Kamiq give us an idea of what to expect from the 2020 Octavia’s cabin since these two new models are ushering in a new cabin design for Skoda.

Largely related to the next-gen VW Golf, Audi A3, and SEAT Leon, the revamped Octavia has been described by a Skoda official as being “state of the art.” The company’s best-selling model since the VW Group took over in the 1990s is set to feature mild hybrid powertrains and an electrified RS version if the rumor mill is to be believed. The engine lineup will likely include the usual suspects: 1.0-, 1.5-, and 2.0-liter TSI gasoline units, plus a rumored 1.5-liter TDI newly developed diesel.

The new Octavia will likely be revealed in both hatchback and wagon flavors at some point in 2020 following the launch of its VAG sister models. Meanwhile, the forthcoming Geneva Motor Show will be the venue where we’ll see the Kamiq and the facelifted Superb flagship alongside the electric Vision iV concept.