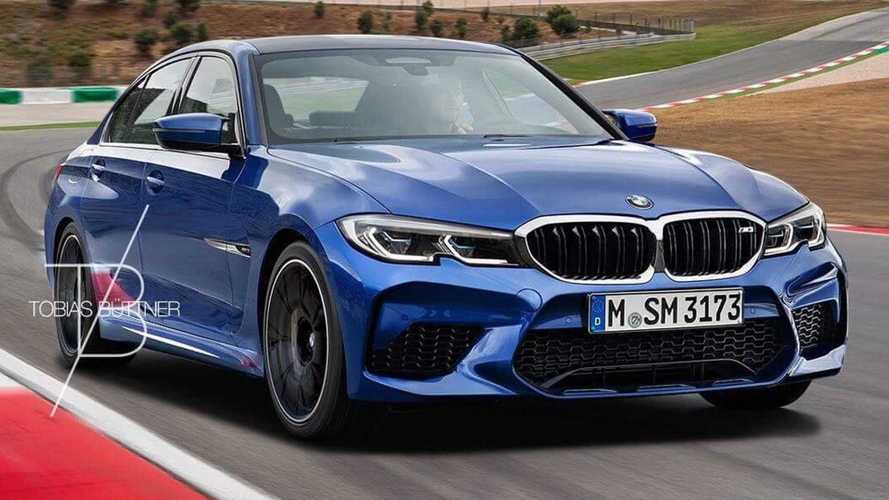 It will be joined by an AWD version with an M5-derived RWD mode.

With BMW introducing the warm 2020 M340i in both rear- and all-wheel-drive M Performance flavors, we are now slowly but surely turning our attention towards the cream of the crop – the M3. A new report published by U.K.’s Car Magazine tries to shed some light about the sports sedan scheduled to arrive as early as next year.

To please both worlds, BMW will allegedly offer the M3 in RWD and xDrive versions, with the former tentatively called “Pure.” The tail-happy variant is labeled as being the entry-level version of the M3 family and will come exclusively in RWD form with a six-speed manual gearbox and an electronically controlled differential lock. As far as power is concerned, the twin-turbo 3.0-liter straight-six engine is expected to get an M4 GTS-derived water injection system and push out 454 horsepower, which would be exactly the same as what you get in the limited-run M3 CS.

For those with more money to spend, there will reportedly be a high-end M3 with an xDrive system featuring a RWD mode in the same vein as the latest M5. It will eschew the manual gearbox for an eight-speed automatic transmission responsible with the task of sending 474 hp to both axles, so an additional 20 ponies than the so-called Pure version.

Interestingly, the report goes on to mention BMW will further separate the two versions by adopting different styling. The Pure variant will boast unique front and rear aprons, a bespoke alloy wheel design, and its own paint job. Inside, a special type of fabric + Alcantara upholstery will be reserved for this variant, along with the graphics of the instrument cluster dials and a different look for the cabin trim.

The M4 in coupe and soft-top cabrio iterations will also spawn these two versions, plus a hotter Competition coupe derivative due in 2021 with as much as 503 hp. Eventually, BMW is expected to come out with M3 CS and even an M3 CSL featuring more of everything, including extra power as the former will be taken to 530 hp and the latter to an impressive 550 hp.

There is some bad news to share as the latest intel via an undisclosed “source from the BMW M department” says there won’t be an M3 Touring after all. The silver lining is that an M4 Gran Coupe is in the works as a more practical take on the M3 also scheduled to come out in 2020.