We'll see Italy's most powerful car ever in a couple of months at the Geneva Motor Show.

With the zero-emissions era upon us, it means we’ll be seeing more and more electric cars across the automotive spectrum. This EV assault will include not just mainstream models such as the Volkswagen I.D., but also fully fledged hypercars like the Battista from Automobili Pininfarina. Attempting to succeed where the Audi R8 E-Tron has failed, the all-electric machine formerly known as PF0 is back in a new teaser image to get us all excited about its highly anticipated premiere. 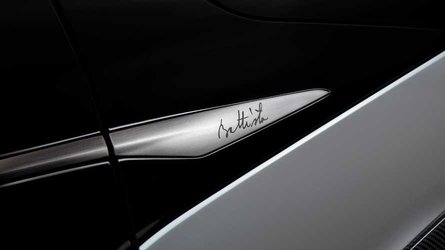 Arriving in a couple of months at the Geneva Motor Show, the high-performance EV has already revealed its sleek rear end design and a good chunk of its futuristic cabin in previous teaser images. Now, Automobili Pininfarina is willing to put the spotlight on the front end design by showing the low-slung nose of the Battista in more detail than ever before.

The lack of a conventional front grille emphasizes the Battista’s electric nature, while the slender LED headlights mimic the thin strip of taillights and give the electric hypercar a high-tech look. The wide U-shaped piece that goes from one headlight cluster to the other likely serves as the daytime running lights based on previous teasers.

Aside from having a pretty good idea about the Battista’s design, Automobili Pininfarina has been nice enough to share plenty of technical specifications in the build-up to the official reveal in March. With 1,900 horsepower on tap, you’re looking at the most powerful production car to ever come from Italy, one that will top out at 250 mph (402 kph) and will cover more than 300 miles (483 kilometers) before running out of juice.

The immense amount of instant torque – 1,696 pound-feet (2,300 Newton-meters) – will be enough to propel the Battista to 62 mph (100 kph) in less than two seconds. That means it will be on a par with the second-generation Tesla Roadster and the Rimac C_Two. Speaking of the Croatian hypercar marque, the Battista’s electric powertrain is being developed with Rimac, which will supply not only hardware and software, but also its engineering know-how.

Following its world debut in March at the 2019 Geneva Motor Show, the Battista will be in the hands of early adopters towards the end of 2020. Only 150 units will ever be built at an estimated price tag of $2 to $2.5 million, with 50 examples heading to the United States, another 50 to Europe, and the remaining 50 to the Middle East and Asia region.