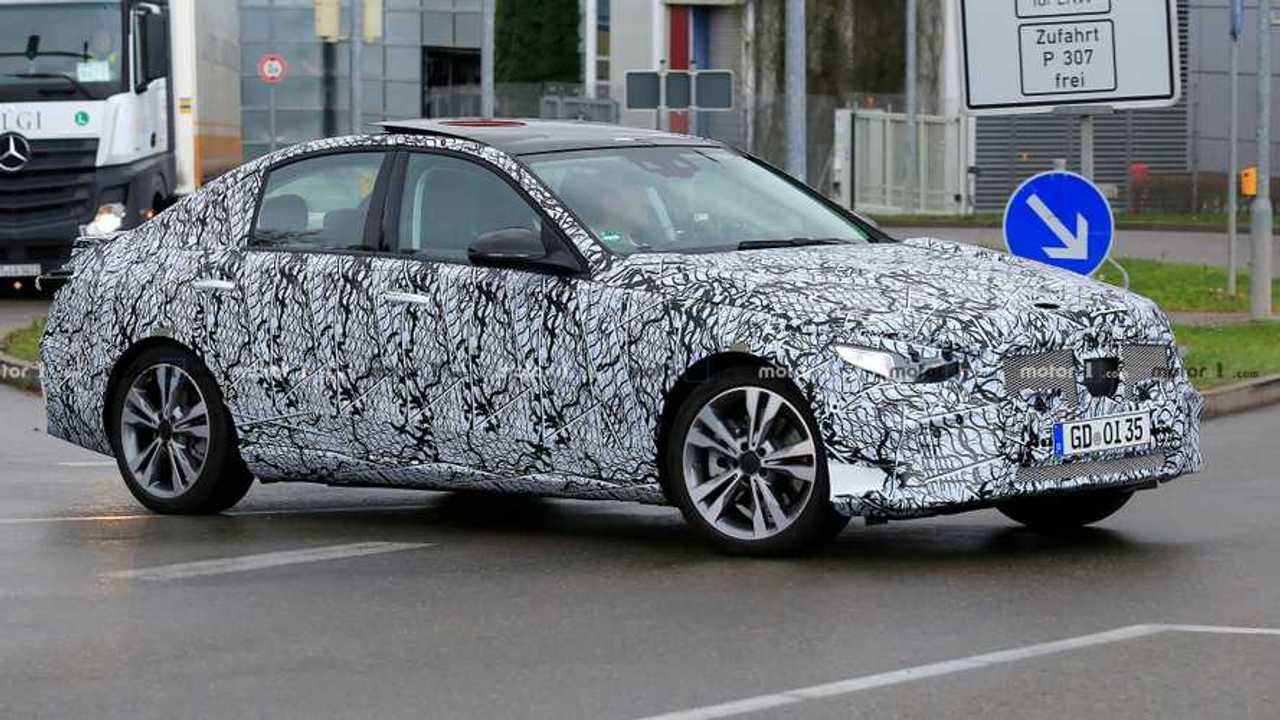 It will share a platform with the E-Class and get all kinds of fresh tech.

We've got big news in the world of Mercedes-Benz, and specifically the popular C-Class. Today, spy photographers captured our first look at Stuttgart’s new compact sedan, testing what appears to be a fairly early prototype on the street. It’s wearing all kinds of chunky cladding beneath camo wrap, and the rear lights are obviously temporary placeholders. The headlights don’t appear to be production-spec either, unless there are some strange new embedded sensors coming for the C-Class. Perhaps Mercedes is testing out variations on its Digital Light technology?

One thing we can suss out right now is that the overall C-Class shape doesn’t appear to change that much. The mirrors have a fresh design, and looking close at the C-pillar there seems to be a tighter curve to the rear glass as it meets the beltline. This car is wearing current-generation C-Class wheels for testing, but everything else on the outside is still well-concealed.

Fortunately, we have some ears to the ground that tell us there’s quite a bit happening beneath the skin. The next C-Class is expected to use a modified version of the MRA2 rear-drive platform from the E-Class, which should maintain the current car’s wheelbase but likely offer a bit more room inside. This will also better accommodate a plug-in hybrid version with vastly improved range, as well as a new generation of six-cylinder engines burning both gasoline and diesel. Turbocharged four-cylinder engines will also be in the mix.

Technology will obviously play a large role in the next-generation C-Class as well. Expect the cockpit to get a full digital makeover with all kinds of connectivity and smartphone integration, as well as a new interface similar to what Audi currently uses in the A8.

The big question now is, when will the new C-Class be revealed? That’s something we don’t know at this point, other than to say it will likely be quite awhile yet. The current model recently received a minor refresh, and this test car is still packing all kinds of pre-production bits. It's possible a new C-Class could show up late next year as a 2020 model, but a 2020 debut for the 2021 model year seems more likely.